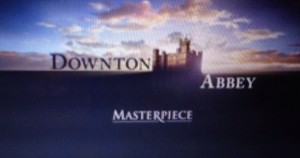 Do you watch Downton Abbey? I have to admit I’m hooked. It took me until halfway through season one to become a huge fan, but now I watch it every week. If you watch, I’m sure you have your favorite characters on the show as I do. Two of mine are Anna and Mr. Bates. Anna is sweet, tender, selfless and innocent. She represents everything good in the world. Thomas said it best on the most recent episode when asked about her,

Don’t we all wish that would be said about us. Then there’s her husband, Mr. Bates, who has a bit of a past, but Anna seems to make him a better man and together they’re the romance you find yourself cheering for each week.

(SPOILER ALERT. IF YOU HAVEN”T SEEN THE LATEST EPISODE, YOU MAY WANT TO STOP READING.) 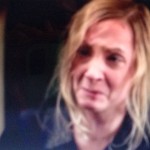 Two weeks ago, the Bates family experienced an enormous blow, that appeared to be the undoing of their fairytale world. Anna was raped by the valet of a guest at Downton. She was devastated, but determined not to tell her husband for fear he would murder the man and end up spending the rest of his life in prison. She felt so spoiled, shamed, and ruined, she could hardly look at him.

Mr. Bates love for his wife is refreshing. But would it be enough to withstand this valley?

I can’t help but think of the precious women I am privileged to minister to who have survived more than one rape, but anywhere between 10-30 rapes a night, night after night, for years on end. How do they withstand the shame and the guilt the enemy heaps on them? How many of us have been instruments in the enemy’s hands heaping that shame through a glance, a crude joke, or worse?

Do not judge, or you too will be judged.”

Give, and it will be given to you. A good measure, pressed down, shaken together and running over, will be poured into your lap. For with the measure you use, it will be measured to you.”

Whether it was by intention or purely by accident, the writers of Downton Abbey reflected the Father’s heart when Mr. Bates learned what really happened to his beloved Anna.

First and foremost, he pursued her, even as she ran from him. He tried to talk with her and get her to share her heart with him. He knew something was troubling her and he begged her to tell him. 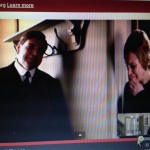 Once he learned the truth, he shared in her grief. His heart was broken because of what she experienced and he wept. Oh, how many tears has the Father shed for His precious daughters who are pillaged on a daily basis? How many times does the Spirit groan for the loss of innocence?

Then, in the closing scenes of the episode, Mr. Bates approached Anna and told her that he knows. Just when she expected Mr. Bates to cast her aside, he reflected the heart of the Father as he took her face gently in his hands and said, 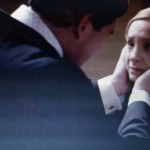 You are not spoiled. You remain higher to me and holier because of the suffering you’ve been put through. You are my wife and I have never been prouder or loved you more than I love you now at this moment.”

Pass the Kleenex. Oh, my, my heart wept. That we would all allow those words to penetrate our very being because they are straight from the Father’s heart to His children. When He looks at us, He does not stand ready to condemn us, no matter what we’ve done or what’s been done to us.

For God did not send His Son into the world to condemn the world, but to save the world through Him.”

Therefore, there is now no condemnation for those who are in Christ Jesus, because through Christ Jesus the law of the Spirit of life set me free from the law of sin and death.”

Rape is a vicious crime, whether it is experienced once or multiple times a night, but the Father stands ready to take the weight of the guilt and shame and embrace you in His loving arms, just as Mr. Bates embraced his beloved Anna, whether you’re the perpetrator or the victim. 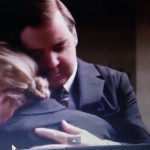 What is weighing you down today? Has guilt or shame wrapped itself around you making it difficult to breathe? Wouldn’t you prefer to be rid of it once and for all?

As far as the east is from the west, so far has He removed our transgressions from us.”

For those who have fallen victim, remember this declaration in Romans 12:19,

‘Vengeance is Mine, I will repay,’ says the Lord.”

Nothing is done. And nothing is over with.”

Step into the arms of the Father, and allow Him to sooth whatever has weighed you down today.