Have you told two friends? 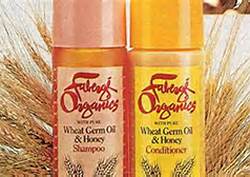 Have you ever used Faberge shampoo? I wouldn’t even be able to tell you what the bottle looks like if it wasn’t for Google, but I can tell you about their commercials. The company’s advertising team was brilliant. Everyone knew their commercials.[youtube]http://youtu.be/TgDxWNV4wWY[/youtube]

Even Saturday Night Live did a spoof on them with Mike Meyers as his character from Wayne’s World, as Wayne Campbell.

It’s all about the power of words. You can help spread an idea or concept simply by passing on what you know. The more it catches on, the faster is spreads. It’s like gossip. Before you know it, it’s out of control.

The tongue has the power of life and death, and those who love it will eat its fruit.”

We can choose to use our words in helpful or hurtful ways. The decision is ours to make. When I speak about the issue of sex trafficking in America, I’m constantly asked,

Let’s work together and as Proverbs 31:8 says,

Speak up for those who cannot speak for themselves”

We can use the Faberge principle to take back what the enemy has stolen, our children. Can I count on you to spread the word and raise your voice for hope?