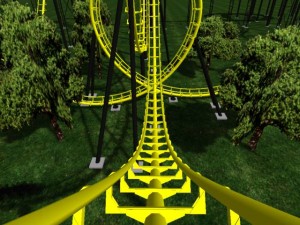 How often do we ask ourselves these questions? If you like me, you ask at least one a day, if not many of the multiple times.

This morning, I was reading in the book of Acts and came across Acts 20:22, which caused me to pause:

And now, compelled by the Spirit, I am going to Jerusalem, not knowing what will happen to me there.”

Have you ever done this? Have you ever started moving forward in a direction you felt the Lord prompting you to go when you had absolutely no clue what would happen or where you’d land? So many times, we want to know how something will play out, before we engage. Where’s the faith in that?

Abram packed up everything and everyone that belonged to him and left the place he’d always known, the place he called home, to venture to an unknown destination. He didn’t do this alone.  He took his immediate family with him. They were dependent on him to get it right. God’s call to him came in Genesis 12:1,

The LORD had said to Abram, “Leave your country, your people and your father’s household and go to the land I will show you.”

When the Lord said “go to the land I will show you,” He didn’t mean He would show Abram a picture of His destination to built up the anticipation. He meant,

You pack, you go, and when you get there I’ll let you know.

Seriously? Who does that? Have you? Would you?

The WHO is the LORD. If we set aside time daily with Him, we will get to know Him in such a way, we’ll know His voice when He speaks to us (John 10:27). As our intimacy with the LORD deepens, we’ll know He never calls us to go somewhere and do something without Him (Deuteronomy 31:6, 8). We will also know we don’t need to question if we have the proper skill set or resources necessary to accomplish the assignment, because He equips those He calls (Hebrews 13:20-21).

Once the WHO is settled, then all we have to deal with is the WHY.  The WHY is what motivates us and propels us forward. If you know the WHO, then the WHY is simple…. because He asked us to. This is not the same as when your parents said, because I said so. In those situations, we don’t know the why. The ultimate WHY is to bring the Kingdom to earth, so life can be the same on earth as it is in heaven (Matthew 6:10). While we can’t see all of the strategic moves needed for this to happen, He does.  He is El Roi, the God who sees (Genesis 16:13, Psalm 121:3-8). He knows how the story ends and what needs to take place in order to get us there. We can trust Him. He is faithful (Revelations 19:11).

Once you know the WHO and the WHY, the rest is just strategy. As we spend time with the Lord, He will lay it out for us, step by step.  Many times He only gives it to us one step at a time, not because He doesn’t trust us, but because He doesn’t want to overwhelm us.

Whatever He calls you to, and He calls us all to something, take a step. Get moving. You don’t have to know all the answers. You just have to take things one step at a time, one day at a time, because like Abraham, He will show you.

Ultimately, it’s His to do anyway (1 Thessalonians 5:24). He’s just looking for someone to partner with Him to make it happen.

Are you in? If so, hold on, because it will be the ride of your life!