What happens after the big game? 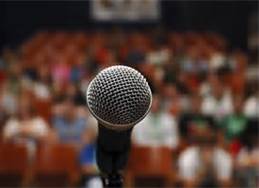 Did you watch the Superbowl? It was a sad day for Denver Bronco fans. They just couldn’t seem to get things going. The Seattle Seahawks came out of the gate ready for a fight and the seemed to take the game by a big lead early on and protect it to the end.

Thousands of people watched, some in person, but most by television. It is arguably the biggest sporting event in America. It attracts even the most casual of sports fans. Now that its over, everyone will go back to life as usual. Oh, there may be a little talk over the next few days, predominately about the commercials or halftime show, but that’s about it. No more hype, not until next year.

What about the talk about sex trafficking? What about the work done by people like Cindy McCain and others who wanted to draw attention to the issue during the Superbowl? Was it really a big deal after all? Did the criminal activity live up to what some were reporting or was it just a lame attempt by advocates to cash in on the big game like everyone else?

According to Julia Dahl, reporter for CBS Crimesider, in her article, Is the Super Bowl a Magnet for Sex Trafficking?.

The NYPD reports that prostitution-related arrests through Jan. 26 are up 30 percent this year from 2013.”

That’s significant enough to sit up and pay attention. It more than suggests the Superbowl is the cause for increased trafficking.

‘If you check ads on backpage.com or Craigslist or a host of other sites, you’ll see that activity – while always there – has increased,’ Det. James Duffy wrote in an email to CBS News’ Crimesider.”

So what does that mean? We’ve proven that sex trafficking is up during the Superbowl in the city it is hosted. I’d suggest it was probably up across the nation because of the increase in alcohol consumption and celebrating. Okay, so what now?

It would be so easy to go back to life as normal and get caught up in a daily routine, and forget, but we can’t afford to do it. Just last Monday I was with a group of survivors and one of the young women stood up crying out to God, calling out the names of her friends, others who were trapped in the life in need of rescuing.

In order to make an impact we need to realize we’re at war. And just like in a war zone, we can’t quit until we’ve won. To do so would result in lost ground or worse, the loss of life.

There are still prisoners to set free, captives crying out for release [Isaiah 61:1]. What will you do about it? How will you raise your voice for hope?