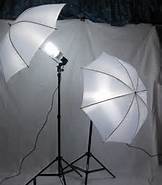 Have you ever noticed how teenagers all seem to feel invincible? They think, It will never happen to me. Oh, it may happen to other people, but not them. It can be frustrating at times, even downright irritating, that is until you understand it’s normal.

incapable of being conquered, defeated, or subdued; insuperable; insurmountable.”

While scientists used to think brain development was fairly complete by age 10, they’re now aware that the frontal lobe of the brain isn’t fully developed until about age twenty-five. As Frances Jensen put it,

It’s the part of the brain that says: ‘Is this a good idea? What is the consequence of this action?'”

So it’s not that teens are necessarily seeking risky behavior, they simply don’t see the behavior as risky at all.

The problem for those whose frontal lobe isn’t fully developed is they don’t see the danger in many situations.

I recently talked with a woman who was concerned about a family member approached by a modeling agency. They gave her the name of their agency and invited her to their hotel room to hang out and get to know each other. Then they took her to a local mall, gave her $50 and told her to buy some underwear for a photo shoot. They took her back and set up in the hotel room for the photo shoot.

Now, if you’re like me, your mind is racing a mile a minute coming up with reasons why this was a bad idea a paragraph ago:

I’ll stop there, but the list could go on and on. You and I see this as clear as day, yet this young lady still holds to the opinion that there was nothing wrong with what took place.

We live in a dark world and some of us have become desensitized to the darkness. We don’t see what is right in front of us. I call it the white car syndrome. You don’t notice white cars until they’re pointed out to you, then you see them everywhere.

We must talk with our young people and point out the dangers around them just as we did when they were little and tried to run into the street after a ball. If we don’t, the result could be the same, injury or death. This is important. It’s necessary. Raise your voice for hope!