To Abstain or Not? 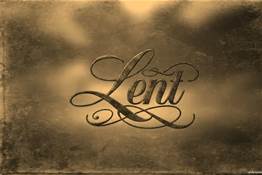 Are you participating in Lent? Lent is the Christian season of preparation before Easter that runs for forty days. Typically, individuals abstain from something as an act of sacrifice for the Lord. The purpose of the sacrifice is to focus on Jesus and all He sacrificed for our sins [John 3:16, Romans 5:8].

I’ve heard of people abstaining from a variety of things:

The list goes on and on. I have asked friends in person and on Facebook if they’re giving up something for Lent and, if so, why. Some responses have surprised me, not by the items sacrificed, but  by the reason why. A few of the responses have been sugar, dairy or carbs because they need to break their addiction to it or they’ve been meaning to weed it out of their diet anyway. Does that make it sacrifice for Lent or a diet? If it’s something you’ve been meaning to do anyway, how can it be a sacrifice?

the surrender or destruction of something prized or desirable for the sake of something considered as having a higher or more pressing claim.”

Sacrifice requires a cost to it or it isn’t sacrifice. King David understood this. In 2 Samuel 24:20-25 He seeks to purchase a threshing floor so he can pay tribute to the Lord. The owner was honored by the king’s presence and was more than willing to give David the threshing floor and even the animals and grain necessary for the offering. David would have none of it. He said,

No, I insist on paying you for it. I will not sacrifice to the LORD my God burnt offerings that cost me nothing.”

I’m not saying whether you should give something up for Lent or not. That’s between you and the Lord; however, if you do give something up, make it a sacrifice. It is through the feeling of lack that we lean more upon the Lord.

He sacrificed it all for you. What are you willing to sacrifice for Him?