How to Avoid Being a Victim 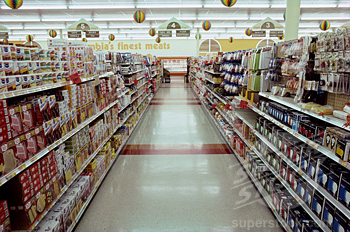 Do you know how to avoid being a victim? In an earlier post I shared the story of how a friend of mine was targeted by a man as a possible victim. He lurked throughout the Dollar General, basically casing her to see if he liked her and to determine how he would obtain her.

This morning I received a comment from Mary and she asked what would have happened if my friend hadn’t said, “NO!” to the man. How would the scenario have likely played out?

This crime isn’t a respecter of persons. It impacts every demographic imaginable. I’ve met victims from all walks of life: black, white, Hispanic, poor, middle class, wealthy, young and old. Because the human trafficking industry is a $32 billion dollar a year industry, perpetrators aren’t picky about their girls. They don’t view girls/women as people, rather ATMs and all that concerns them is the money they can make.

Well one thing you don’t need to do is assume the devil is under every rock and behind every door you pass. You’ll become narcotic and a captive in a cell of your own making. 1 Peter 5:8 says,

Be self-controlled and alert. Your enemy the devil prowls around like a roaring lion looking for someone to devour.” [Emphasis mine]

Being alert is incredibly important. Unfortunately, with cell phones, many people have their focus on their fingers instead of on what is going on around them. When you aren’t alert, you instantly become an easier target for any crime, especially trafficking.

Self controlled is the word nepho and it means:

1) to be sober, to be calm and collected in spirit 2) to be temperate, dispassionate, circumspect.

Basically, it means don’t freak out. When you do, you don’t think clearly and clear thinking is critically important in situations like these. Assess the situation and weigh your options. If someone finds themselves in a situation similar to my friend in Dollar General:

These are just some suggestions for this scenario. Each scenario is different. Talk with your teen about various scenarios and how they would get out of the situation. You cannot possibly plan for each and every situation; however, if you’ve talked through options and ways to avoid being taken, then they are more likely to be alert, remain calm and focused if faced with a situation. It’s the same principle as running a fire drill. If you’ve thought through it and even practiced it, if or when a crisis arises, you’ll have an idea of what to do.

Do you have further suggestions of things someone could do in a similar situation? Please share them here. The more ideas we have the better. It’s like adding another tool to your tool belt.

*Next week is spring break for our school system, so I am taking the week off to spend with my family. I’ll meet you back here on Monday, April 7th. Enjoy your week!