Did you get their attention? 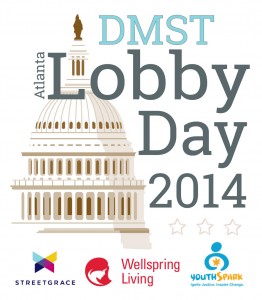 Does your state have a lobby day to fight against sex trafficking in the state? Georgia usually celebrates Lobby Day in February, however, due to the snowpocalyse that took place in Georgia, it was held yesterday. It is sponsored by three of the front runners in the fight against sex trafficking in Georgia: Street Grace, Wellspring Living and youthSpark.

They are made up of ordinary people, like you and me, who do extraordinary things by pulling their time, talents, and resources together for a common cause.

When people hear about the issue of sex trafficking for the first time, they’re usually shocked that I’m talking about the United States and not a third world country. It is a very lucrative business in our country and growing daily. In a detailed study that looked at seven cities in the United States and the economics of the sex trade industry, Atlanta ranked the most lucrative. This is disturbing at the very least. You can read about that study here. 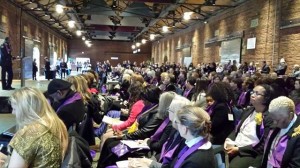 Lobby Day 2014
Taken by Jeff Shaw of Out of Darkness

A great way to do this is to participate in events like Lobby Day, but don’t stop there. We have to take initiative and not wait around for individuals or organizations to do it for us. Contact your elected officials. To find your elected officials, click here. Once you find them, write them, call them or go see them. Let them know your feelings on the issue of sex trafficking in America. Tell them what you expect them to do and remind them if they won’t do it, you’ll elect someone who will. Remember, they work for you.