How in the world does this happen? 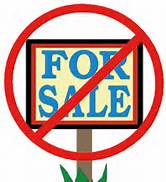 Have you read the newspaper lately? There seem to be more and more articles about trafficking. People want to know more. I get questions about it all the time. I decided to share some of those questions and answers with you this morning.

What kind of girl ends up getting trafficked?”

Any and all kinds. This crime is not a respecter of persons. It impacts young, old, poor, wealthy, educated, uneducated, black, white, Asian, Hispanic, and if there was such thing as a purple polka dotted girl, you would see it impacting them also. Evil isn’t picky. It’s out to destroy anyone and everyone [1 Peter 5:8].

How does a girl find herself being trafficked?”

I’m asked this question on a regular basis. It’s rarely someone standing in judgment of another; rather,  it’s typically someone wanting to be educated.

No girl wakes up one day and decides she wants to be sexually exploited between 10-30 times a day. There are three ways girls are lured into the trade:

Let’s take a closer look of what that looks like in real life.

Force is probably the easiest to understand and identify if you see it happening. It is defined as strength or force exerted upon another. Like in the movie, Taken, force is when a person or group of people physically capture you and take you against your will. While this happens, it isn’t the most common way girls are taken into the trade.

Fraud is deceit or trickery. We’ve heard it referred to as the ole bait and switch. It’s when one thing is presented, yet another thing happens. For example, you’re invited to attend a party with a good looking young man who says he just wants to spend time with you, to get to know you. However, when you arrive at the party, you realize you’re the only girl there and instead of a party, it’s a prearranged gang rape to introduce you to the life.

Finally, there’s Coercion, the act of using influence or force to obtain compliance. Pimps referred to as Romeo Pimps use this technique a lot. This happens when a guy poses as a boyfriend. He suddenly tells you he’s having trouble paying his bills or his grandma is sick and he has to help pay for her medication but he doesn’t have the money to do it. He asks you if you’d sleep with someone for money just this once or just for a little while until he’s back on his feet, then you won’t have to do it anymore. Once you agree, he photographs or videotapes the act and threatens to leak it on social media, through your school or send it to your parents if you don’t continue to sleep with his customers. You’re trapped, and as a young teenager, you don’t understand what’s happening, so you keep doing what you’re told.

There are things you can do to protect yourself from falling victim.

1. Take a self-defense class. Many police departments will provide a beginner level course free of charge. There are also MMA businesses who will also teach self defense. Use whatever skills you have or whatever is around you to fight back.

2. Remember if something sounds too good to be true, it probably is. Be wise about who you go places with and make certain your parents know where you’re going (provide the address), who you’re going with (provide names and phone numbers if you have them), and when they can expect you home. Your parents aren’t your enemy here. In many cases, the are the first line of defense in keeping you safe.

3. Do not let anyone talk you into doing something you do not want to do, no matter how much they say they need your help. You are not responsible for another person’s financial situation. If you feel uncomfortable at any time or feel like someone is trying to manipulate you, talk with your parents or another trusted adult.

4. Be wise on your social media. You can learn more about playing it safe online here.

As you’ve heard said many times, better safe than sorry. Listen to that small voice inside of your head speaking to you. It’s the Holy Spirit guiding your steps and directing your path to safety.