Make the call! Save a life! 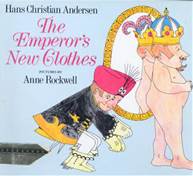 Did you ever read the story of the Emperor’s New Clothes growing up? It’s a story by Hans Christian Andersen about a king who was duped into believing he was wearing the most beautiful suit of clothes when, in fact, he was stark naked.

The weavers, who promised the emperor a beautiful suit of new clothes, said these clothes would be invisible to those unfit for their positions, those who are stupid or incompetent. The tale goes on to say people didn’t proclaim what they saw, or rather didn’t see, out of fear for themselves. These weavers were very shrewd and able to manipulate the people to say what they wanted and the king because he wanted to believe what they said.

Victims of sex trafficking fall under a similar spell with pimps. They believe a bag of lies the pimp sells them and even though there may be no real chains holding many in the bondage they live in, the girls refuse to run. People who may see the reality these girls and women live in refuse to speak up and state what they see out of fear for themselves.

We need the boldness of the young boy in the book to declare what we see and call it wrong. Proverbs 31:8 says,

Speak up for those who cannot speak for themselves.

Victims are not voiceless; however, they may have been silenced.

This is called the crime hidden in plain site. You usually won’t pick a victim out of a crowd with a subtle glance. You have to look beneath the surface and really see her. You have to know what you’re looking for and once you do, you’ll see the signs in places you expect but also in the most unlikely places. To learn some of the indicators of a trafficking victim, go here.

Be as bold as the young boy who stood on the sidelines of the parade awaiting the king in his new suit of clothes. He declared,

But he isn’t wearing anything at all!” 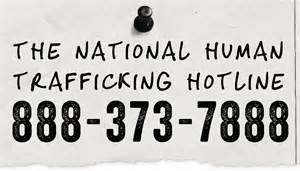 If you see something, say something. If it isn’t safe to approach the girl, call 911, tell the shop owner where you see her, take a picture and text it to the National Hotline, which is run by Polaris Project . Text to BeFree (233733) or call them at 1-888-373-7888. Program this number in your cell phone and share it with your friends. Raise your voice for hope!

Make the call and save a life.