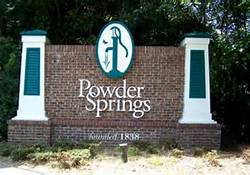 Do you have a fire escape plan? In fifth grade the fire lady used to come to our class and talk about fire safety. I’m sure she had a name other than fire lady, but that’s who she was to me. She told us it was important to have a fire escape plan at home and to practice them. By having fire drills if the real event ever happened, we’d know exactly what to do because we would have prepared for it.

Sports teams have drills and practice their skills so when they’re in the stress of a game, they’ll slip into auto pilot, producing as they’ve practiced. Our military practices as well. They have drill weekends for those in the reserves to come together and practice so if called into battle, they’re ready.

Two weeks ago I posted a blog about my Divergent friend, Beatrice, being targeted in a Dollar General by a possible trafficker. If you missed it, you can read it here. That post generated a lot of discussion. Several parents were concerned about their children and wanted to know how to prepare them for similar situations without freaking them out.

Honestly, talking about those situations may be a little scary at first; however, it is important to discuss what could happen and how you would handle it. Just like running through a fire drill prepares you for a fire, role playing a situation is helpful.

Ironically, while I was having these conversations through the comments of the blog post, a friend of mine who lives in Minnesota private messaged me on Facebook. This is what she had to say,

My niece foiled an attempt at her own abduction last Saturday as she was out for a run in her neighborhood in Powder Springs, GA. Police feel it was likely for human trafficking.”

She went on to say her brother-in-law had talked with his daughter about what could happen to her out running on her own. They talked through what she should do if faced with a situation and he even had her carry a knife for protection when she went out running. He told her to always fight back, because,

It’s better to get shot in the street where others can see you and stop to help than to get in the vehicle. Once you are in the vehicle, it’s over.”

When a pickup truck stopped and one of the three men got out to grab her, he was surprised. Not only did she punch, shove and kick, but she pulled a knife. She had demonstrated enough skill that he ran back to the truck and they took off. She used her cell phone to call 911 and they used her GPS in her cell phone to get to her quickly. You can read about the incident here.

A plan won’t help you if you don’t remain alert and aware of your surroundings. 1 Peter 3:8 says,

Not only are we to be alert, but self-controlled. Stay calm. Don’t get all crazy, looking for the devil behind every bush or lamppost, but simply be aware of your surroundings. It may be the difference between you being a victim or victor.