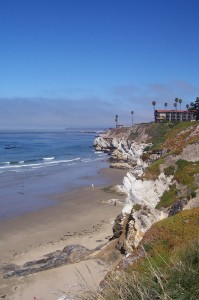 What scriptures stand out in your mind as ones people quote frequently? John 3:16 is probably the most common verse ever spoken,

For God so loved the world, that He gave His only begotten Son, that whosoever believeth in Him should not perish, but have everlasting life.”

Another verse that seems to get a lot of face time is Jeremiah 29:11,

For I know the plans I have for you,” declares the LORD, “plans to prosper you and not to harm you, plans to give you hope and a future.”

I’ve heard people speak this verse over young men and women as they are about to go to college or venture into the mission field. It’s very encouraging.

As one who works with survivors of sex trafficking, people who have actually experienced captivity, that spoke to me.

The same is true of you and me. No matter what your present circumstances may look like, the Lord holds your reality and your future in His hands. In an instant, He can bring about a dramatic change.

The key to living in peace during hardship, to not being overwhelmed by our circumstances, is to fix our eyes on Jesus [Hebrews 12:2]. While our circumstances can and will change, He remains constant. Hebrews 13:8 reminds us,

Jesus Christ is the same yesterday and today and forever.”

Instead of focusing on what is temporary and could change in the blink of an eye, why not focus on the always loving, never changing Jesus Christ and rest in the assurance that,

COMING SOON: I will be starting a new series called Front Line Friday where I’ll feature an interview with someone on the front lines in the fight against sex trafficking. This will be a great way to educate yourself on the issue and share what you learn with others.