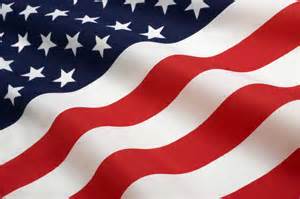 Have you heard? Are you celebrating? No, I’m not here to report a win for the US Soccer Team in the World Cup. I’m here to report something bigger, better.

A three day cross country sting, named Operation Cross Country, targeted 106 US cities and brought the arrest of 281 pimps and the rescue of 168 children being sold for one person’s twisted pleasure and another’s financial gain.

Now that is something to jump up and down about. That is a reason to chant,

Don’t get me wrong. I love sports and I was sitting in a restaurant in Athens, Georgia chanting with everyone else when USA beat Ghana. I was with another crowd when their last game ended in a tie. I love rooting for the home team.

Today, I’m more proud to be part of another team that made a huge advancement… the anti-human trafficking team. In an interview by FOX News in St. Louis, an FBI agent pointed to the map indicating where the arrests took place and said,

You can move those circles around pretty much anywhere on the map and you’re going to find it.”

It being the commercial sexual exploitation of children. If you want to see the map he was referring to, you can find it here. The interviewer went on to say himself,

Authorities say a little neighborhood vigilance is most often the key.”

You notice, you know, a van in the neighborhood near the park. You notice a person, they’re not in the park but they’re sitting across the street from the park on a bench every day. They don’t have children, they just happen to be around. That’s what it is… people paying attention. Saying, ‘Oh, I remember this, I saw this and this was what was happening.'”

Simply put, when you see something, say something. If you’re not sure, better to err on the side of caution than allow a young person to be taken into captivity when you could have done something to prevent it.

Proverbs 31:8 has been seared on my heart because it is a powerful command for us,

Speak up for those who cannot speak for themselves, for the rights of all who are destitute.”

Be part of the solution!