What would you say? 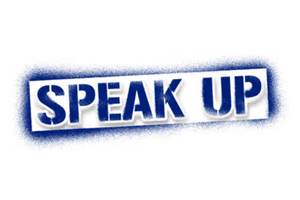 What would you say to someone if you knew your time with them was short? I remember the summer before my son went off to college like it was yesterday. He was so ready for college. Let’s face it, he was ready for college in elementary school. He has loved learning his whole life. He loves adventure and the idea of having so many choices for classes and meeting a wide variety of people from around the country and world excited him.

I remember looking at him one day and thinking, I only have days left with him before he’s gone. Oh, I knew he’d be back for school breaks, but I also knew it wouldn’t be the same. There’s something about living on your own that changes your relationship with your parents, in a good way. We raised him to become independent, to think for himself and to make choices for himself.

The day we left him on campus I looked at him, so grown up yet still so young and said,

Remember why you’re here. Remember who you are and remember Whose you are.”

I have a friend in ministry who travels the globe sharing the Gospel. He is frequently on an airplane. He shared how he was flying into Greensboro, North Carolina and the plane started having some difficulty. The pilot came over the intercom and explained they were making an emergency landing because of the technical difficulties. Based on the actions of the flight crew, he knew this might not end well. He has seconds to process and act. What would he say to his family? How could he get a message to them if the worst happened and what would that message say?

Thankfully, his plane landed without incident, but he was prepared just the same. He had taken a business card out of his coat pocked and written a short note to them telling them,

Jesus knew His time was short. In fact, I believe He knew how much time He had left down to the second. His last recorded words were Acts 1:8,

But you will receive power when the Holy Spirit comes on you; and you will be My witnesses in Jerusalem, and in all Judea and Samaria, and to the ends of the earth.”

Verse 9 goes on to say He was taken up in the clouds after this statement. He knew it was the last thing He would say before leaving them; therefore, we can assume He thought it was most important. We’re to be a witness from home to the ends of the earth.

A witness reports what happened to them or those around them. They bear testimony to what they know to be true. That’s was Jesus has called us to do until our last breath… whether you’re in a church building or on a baseball field…. Whether talking to a friend or a young girl out walking the track of Fulton Industrial Boulevard in Atlanta. We’re called to share Jesus and we’re called to do it as He did. In love, without judgement and for their benefit, not our own. Sacrificially.

Have you been a witness lately? If not, there’s no better time to start than now.