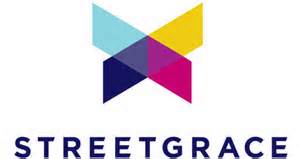 It is Front Line

Today, I’d like to highlight Street Grace. Their mission is:

to mobilize community resources – financial, human, and material – to help individuals and organizations effectively fighting DMST through awareness, empowerment, and engagement. Street Graces is working to end DMST in Atlanta, with a vision of ending it throughout the United States.”

Now for those of you who may be new to the fight against sex trafficking, DMST is Domestic Minor Sex Trafficking, which covers those under 18 years old.

The Executive Director of Street Grace, Cheryl DeLuca-Johnson, is a woman passionate about this issue. She is a wife, mother, and freedom fighter for children in Atlanta and across our nation. She was willing to give me a few minutes of her time to give you a glimpse into how she joined the fight and what Street Grace does on the front lines.

Cheryl, when did you first learn about sex trafficking in America?

I learned about it many years ago, however the realization that it was happening here, in my own community, didn’t happen until I was approached to take the job at Street Grace. Now that I’m in it, I ask myself, “How could I have NOT known?”

How did you get involved in the fight?

A group of eight churches hired a consultant to develop a strategic plan for churches to work together with the public, private and non-profit sectors to bring an end to DMST (Domestic Minor Sex Trafficking)  in Atlanta. The result was Street Grace, which received independent 501(c) 3 status in 2009. At that time, I was approached to be the first Executive Director of Street Grace, and I gladly accepted.

Do you work directly with survivors? If not, what role do you serve?

At Street Grace, we do not work directly with survivors. Rather, we network and collaborate with community and church partners who are already providing services to victims.

How long have you worked with Street Grace?

I have had the honor of serving as the President and CEO for Street Grace for five very rewarding years.

Have you ever worked with any other organizations in the fight?

We pride ourselves on the collaborative work we are doing and have established fruitful relationships with several community partners including Wellspring Living, youthSpark, and Georgia Cares as well as with government agencies including the Georgia Attorney General’s office and the Governor’s Office for Children and Families.

What is the hardest part of what you do?

The most difficult part of what we do is two-fold: In the process of raising awareness to the horrific truth that Domestic Minor Sex Trafficking (DMST) is happening in our community, we also have to remind people that there is hope; that a real solution exists.

Being able to witness the beginnings of social change around this issue is by far the most rewarding part of what we do. It has been a blessing being on this journey and seeing the thinking of society start to change.

What do you feel is the weakest link in the fight?

Lack of current research is the weakest link in this fight. DMST is a new issue, and we won’t have real numbers available for a long time.

What myths do you think people believe about this issue?

The most common myth is that DMST doesn’t happen in “my” neighborhood. A recent study debunked the myth that this is only happening in urban areas. It revealed that the majority of buyers actually come from more affluent neighborhoods north of the perimeter.

And finally, what is your greatest need at Street Grace?

The greatest need is corporate partnerships and individual support.

Cheryl, thank you for your time and for raising our awareness about Street Grace and the work you do in the fight against sex trafficking.

Then I heard the voice of the Lord saying, “Whom shall I send? And who will go for us?” And I said, “Here am I. Send me!”

Will you join Cheryl DeLuca-Johnson and the people of Street Grace in the fight against Domestic Minor Sex Trafficking?

*I will be attending the Denver Street School Network Conference next week to speak on the topic of sex trafficking. I’ll meet you back here on July 28th. Until then, continue to raise your voice for hope.