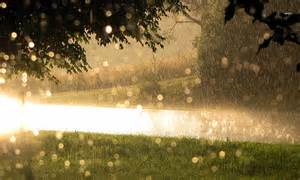 Have you ever been in a car accident? I’ve only been in one and thankfully, it was minor. On my trip to Kentucky and back, I passed multiple car accidents. Some were minor; however, others were not so fortunate.

One accident I passed blocked all three lanes of the interstate and had traffic at a standstill for miles. There were multiple rescue vehicles present and it appeared paramedics were working on multiple people in the middle of the road. I couldn’t help but think those people being attended to were somebody’s brother or sister, someone’s son or daughter.

When I was about two hours outside of Atlanta, it started to rain with the sun shining bright in the sky. Between the glare created from the sun’s reflection off of the water and then the rainfall, it made it hard to see. I had to slow down and drive below the speed limit to ensure I could see where I was going while others flew by me.

It’s a good thing I did take caution because before I knew it, there was a car sitting perpendicular to me in my lane, another car was on the shoulder to my right and traffic was whizzing by me on my left. Obviously and accident had just taken place. If I couldn’t make it over to the left lane, I would T-bone the car ahead. Fortunately, there was a small opening in traffic that allowed me to slip into the left-hand lane just in time. I’ve never been so scared driving on the interstate.

By God’s grace, an accident was avoided.

As I regained my composure, I began thanking God for providing a plan of escape for me. It was in that time that two verses came to mind:

Had I not been alert and taken caution when driving through dangerous circumstances, I would have been hurt or possibly even killed. The same is true in our day to day life. The enemy only comes to kill, steal, and destroy [John 10:10]. We need to always be aware of our circumstances and prepared to take action in order to avoid getting hurt ourselves or hurting others.

No temptation has seized you except what is common to man. And God is faithful; he will not let you be tempted beyond what you can bear. But when you are tempted, he will also provide a way out so that you can stand up under it.”

While the driving situation was not a temptation, God did provide a way out. He was there for me. He kept me calm in the moment (the panic came after the fact when I realized what could have happened).

God is always faithful. He will provide a way out, if we’re seeking it. The way out may be in a phone call that prevents you from doing something you were tempted to do. It may be a person showing up just in time to cause you to turn from a compromising situation. When you have surrendered your life to Jesus and you ask him to guide your steps and direct your path, you’ll begin to recognize when He provides a way out [Psalm 119:35].

Is there a time when God delivered you from potential danger or provided a way out of temptation? If so, share it here and allow your testimony to strengthen us all.

*I will be out of the office for a couple of days, but I’ll meet you back here on Monday, September 23rd. Until then, be safe. It’s a jungle out there.