Is it really dead? 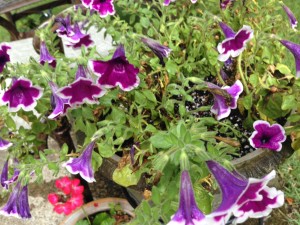 Do you have a green thumb? Do you just plant things and they grow? My grandmother, we called her Nanny, didn’t just have green thumbs, she had green hands. Everything she touched seemed to grow and grow and grow.

Nanny would spend hours in the early morning outside tending to her plants. We used to joke and call her the plant whisperer. Her yard looked like the cover of a Southern Living magazine.

Sometimes she would buy plants that were marked down because they looked like they were headed for the landfill and she would breath life back into them.

Out of the pot doomed for death would come to life.

Yesterday, I sat in a room full of women who had been cast aside. They were viewed as worthless or a lost cause by society, not worth anyone’s time or energy. These women were viewed as something to be bought, sold and used rather than treasured.

We met to break open the Word and pray together; but what I witnessed was stunning. These women, who had been far from church the past few years, began to share their prayer requests and their struggles in recovery. One after another, they would encourage one another with a kind word, but more often than not, they would quote an encouraging scripture to one another. I was stunned. I’m surprised my mouth didn’t gap open.

These precious women carried deep waters inside of them.

They knew the Word of God. It had been planted deep in their hearts and it was finding it’s way to the surface. They reminded me of those nearly dead plants Nanny used to coaxed from the grave and care for until they were thriving and stunning.

These women had endured horrors you or I couldn’t even begin to conceive. They had been treated as property rather than people. Their circumstances were screaming at them telling them they were worthless and that no one cared, yet there was One who did. He cared enough to rescue them in more than one way and He was reminding them of who He created them to be.

As the rain and the snow come down from heaven, and do not return to it without watering the earth and making it bud and flourish, so that it yields seed for the sower and bread for the eater, so is My word that goes out from My mouth: It will not return to me empty, but will accomplish what I desire and achieve the purpose for which I sent it.”

God’s Word does not return void. It accomplishes it’s purpose in the earth. These beautiful daughters of the King of kings and the Lord of lords were not forgotten and neither was the deposit of His Word He planted in their hearts [Revelation 19:16, Psalm 119:11].

I have to tell you, after spending time with these beautiful sisters in Christ, I felt challenged to go home and start memorizing scripture. Oh, sure, I know a verse here or there by memory, but they were pulling out chunks of scripture and I was envious of the deposit they carried.

What about you? Do you have the Word of God hidden in your heart? I’m not talking about have you studied it and know the gist of what it says. I mean do you have it memorized so you can pull it out when needed, in season and out of season as 2 Timothy 4:2 challenges us?

All too quickly the world looked at these women and deemed them disposable, but the Lord looked at them and saw treasure. He breathed life back into them and they are beginning to shine.

What do you see when you look at others? Do you see the Jesus in them? Do you invest in it and nurture it back to life?

*If you have a technique for memorizing scripture, please leave a comment and tell us how you go about it. It will bless me and other readers as well.