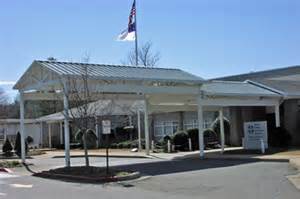 It’s a question you can ask anyone on this specific date and they immediately know what you’re talking about… September 11, 2001. It has been 13 years and still people remember it like it was yesterday.

Some people received frantic phone calls from friends or family members telling them they weren’t going to make it. The anguish they must have felt, the helplessness. I dare say there was a person in this nation that wasn’t impacted in some way.

Just within my little bubble of the world, the horror of it all threw one friend into early labor. Her son was born the next day. My sister-in-law, who I didn’t even know at the time, was a flight attendant scheduled to be on Flight 93. When asked, she agreed to trade trips with another flight attendant who was scheduled for an international flight but needed to be home that night so they switched.

Whether you were in Washington, New York City or some small suburban part of the country, you were impacted by the events of this day. Do you remember what was said that day? Did you wonder where God was? Did He know this was going to happen?

I have to answer that last question with a resounding “YES!” God knew exactly what was coming and He prepared people as much as they were willing to be prepared. He sent messages to people through sermons and songs and the reading of the Word the days prior. He reminded them He would never leave them nor forsake them [Deuteronomy 31:6, 8, Joshua 1:9]. He reminded them that in this life we would have trouble [John 16:33]. He reminded people how much He desperately loved them and of the lengths He’d go to in order to demonstrate that love [John 3:16].

Little did I know that morning when I got up that I was part of God’s plan to prepare His people. I was scheduled to speak at Chapel at North Cobb Christian School that morning. They had two chapel services, one for elementary and the second for middle and high school students. I was assigned one topic and I had to deliver a message on the same topic in both chapels. The topic for the day…

the omnipresence of God.

In case you are not familiar with the word or don’t know it’s meaning, the word omnipresence means:

present everywhere at the same time.”

That is quite a heady concept toe wrap a 5 year old brain around, yet it was my assigned topic for the morning of September 11th. God knew what was about to unfold and He knew His children would need to hang on to that concept. He knew people would lose loved ones that day. He knew people would learn of the attack while preparing to board planes or working in sky scrappers across the nation. He knew little children at North Cobb Christian School would have to try and process this information somehow.

I worked for weeks seeking the face of God on this issue, trying to discern how to share it with elementary age children and teenagers at the same time. I sought out wise counsel and spent a long time in prayer and then the Lord downloaded it to me in one sitting.

You don’t see God, but you see evidence that He exists in creation and in the interactions between people. You can’t touch Him but yet you feel His presence. Sometimes He is gentle and sometimes He is powerful, but He always is.

Teachers and administrators from the school emailed me the days following and shared how the morning chapel helped not just their students, but them also as they tried to process the tragedy that took place in our nation. It brought peace in the midst of chaos. God knew. He knew we all needed a reminder that He was still on the throne, yet He was with all of us.

Thirteen years ago, as the first plane crashed into the Twin Towers, I stood on the gym floor of North Cobb Christian School sharing about the omnipresence of God. Where were you?