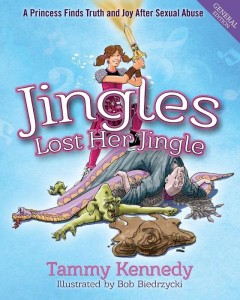 I am excited to introduce you to my friend, Tammy Kennedy. Tammy fights sex trafficking in a unique way. She tries to reach victims of childhood sexual abuse before they become a victim of sex trafficking. Through her program, she offers healing to these precious children and helps them discover who they are in Christ Jesus through the creative arts. She’s very gifted and I know you’re going to love to get to know here.

When did you first learn about the issue of sex trafficking?

I was trafficked myself as a child so I knew it was possible for someone to give a child to someone else for sex but I did not know that it had a name. Though I knew I had been sexually abused from the time I was a small child until I ran away at 16 years old, I did not know my abuse qualified as being “trafficked.”

What books did you read to learn about the issue? Did you talk with anyone who helped you along the way?

My therapist, I Am A Dancer, The White Umbrella, Rescuing Hope, From Victim to Victor and many others.

How did you first get involved in the fight? Was it a volunteer or paid position?

I volunteer with a ministry called Out of Darkness (OOD). In fact, it was while in their training program that I realized the pattern of my mother giving me to men throughout my childhood qualifies as being trafficked. I thought the term was only relevant to someone who had been taken from his or her home permanently and sold. I learned about OOD while volunteering at the Atlanta Dream Center. I was also a volunteer for many years with another inner city ministry called Safe House. While involved, I went with a team on Friday or Saturday nights into the city of Atlanta. We fed the homeless, worked with the women being trafficked and also assisted many people who were addicted to hard core drugs and needed treatment. I loved it!

Do you work directly with survivors?

Yes, I work with survivors. I know have an MS in counseling and work with others to help them heal. I also write children’s books to help them heal early. By addressing the wounding in the early stages, the child is less likely to be addicted to drugs/alcohol, have unwanted pregnancies, being involved in illegal activity, become a runaway or have a higher risk of being trafficked later in life.

My first book, Jingles Lost Her Jingle is being used by play therapist to help the child survivor fight her own Lie Monster with the Sword of Truth. Princess Gracie and the King are also with Jingles to help her through each battle.

How long have you worked with the organization you’re with now?

I founded our non-profit company, The King’s Treasure Box Ministries in 2011.

What do you feel is a weak link in the fight against trafficking?

The lack of effective resources and treatment programs to help survivors heal. Also, most adults being trafficked were sexually abused as a child. It is vital that we help the child victims so that their future does not include being trafficked.

Have you learned of any commonalities among purchasers?

I receive testimonies often from therapist who are successfully using the Jingles book in their practice and finding it to be very healing for the child survivor. I have also heard from many adult survivors who read Jingles and found it very helpful in their healing process. A therapist today told me about a male adult client in her practice who saw our book in her office, read through it, cried, and then acknowledged for the first time that he had been sexually abused as a child. He had not even shared his pain with his wife and they’re coming to treatment due to a failing marriage. The therapist was stunned by the disclosure but very grateful for the huge progress the husband made after reading about the Lie Monsters.

If you’d like to learn more about Tammy and her ministry, The King’s Treasure Box Ministry, go here. To donate, and help Lil’ J Lost His Jam become a reality, go here. Follow Tammy on Facebook.