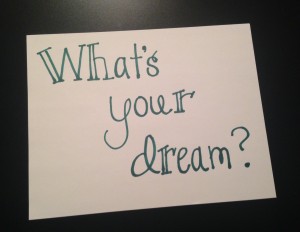 Do you know who Anthony Hopkins is? He is an Oscar winning actor. While many recognize him for his many movie roles, such as Dr. Hannibal Lecter in The Silence of the Lambs, he is also a very accomplished theater actor as well.

One of his highest honors was when Queen Elizabeth II knighted him in 1993. However, many of you probably don’t know that Hopkins is also a composer.

Hopkins composed a waltz called And The Waltz Goes On fifty years ago. The interesting thing is, he had never heard it played. Why, so many of us ask? Why would anyone pour their heart and soul into something and keep it hidden?

Fear? Uncertainty? Anxiety? It was probably a combination of those things. Yet, in his 70s, he decided it was time. He approached André Rieu & His Johann Strauss Orchestra to ask if they would be willing to play his waltz.

Last year, Sir Anthony Hopkins heard his waltz performed for the very first time in his life, fifty years after he penned it.  It takes several minutes to listen to the whole thing through, but I promise you will not be disappointed you did. André Rieu provides the back story behind it.

It was inside of him and he brought it as far as pen and paper and then sat on it for fifty years. Its a beautiful song that needs to be heard. It needs to be danced to and shared.

Some dreams lay dormant for years, while others remain unknown to the world for a lifetime.

The God who plants dreams in our hearts carries them to fruition, if we will trust Him. The Giver of dreams is also the fulfiller of dreams.

What’s your dream? What has God planted deep in your heart? What have you longed to see come to fruition?

What’s holding you back? What is keeping you from pressing in boldly as the woman with the blood issue did? Why aren’t you pursuing it?

Are you just sitting around waiting on the Lord? It could be the Lord is waiting on you. Don’t hold back. Don’t hide your dream. Pursue it with all of your heart. As Saint Augustine said,

It’s time for your dream to be recognized. The world is waiting. Let the music play!