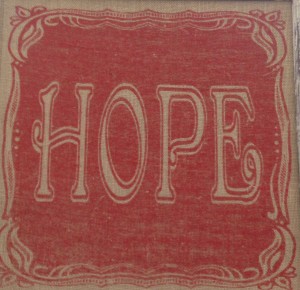 How observant are you? Have you ever tested it? When I took a self defense training class with Powerhouse Self-Defense, one of the things the instructor tested was our observation skills.

We were given a picture to look at for a few seconds and then we were asked to list all of the objects we saw in the picture. Next we looked at picture for a few seconds then given an altered picture and had to identify the missing items from the original photograph.

Christopher Chabris and Daniel Simons conducted a study on selective attention. Their findings are referred to as the Invisible Gorilla. They found something called inattentional blindness, also known as perceptual blindness, which is:

a psychological lack of attention and is not associated with any vision defects or deficits. It may be further defined as the event in which an individual fails to recognize an unexpected stimulus that is in plain sight.”

This happens with sex trafficking day in and day out in our nation. It is called the crime hidden in plain site for a reason. We are so focused on other things in our world, we fail to see the signs that are right before, signs that point to a heinous crime that is growing by leaps and bounds not only in this country, but globally.

It has been said that awareness without action is merely apathy.

I tend to agree; however, the first step in solving a problem is even knowing one exists. We have to make people aware that this is taking place not only in our country, but in our backyard. It is almost as common as the common cold.

Polaris estimates there are 100,000 children in the sex trade in the United States every year.

If that number isn’t enough to rock your world, there’s more. According to the U.S. Department of Justice,

As many as 300,000 children are at risk for sexual exploitation each year in the United States.”

You have to keep in mind, traffickers don’t participate in a census. These numbers are conservative estimates at best. In reality, no one has an accurate assessment of the enormity of this crime.

So how do we fight it?

First, we have to learn what to look for and share that information with other. A list of general indicators can be found here.  Share what you learn with others [Proverbs 31:8]. We have to shine a light on this situation.

Next, if you see something, report it. As the saying goes,

See something, say something.”

No one is asking you to go all Liam Neeson like in the movie, Taken, and take on the bad guys all on your own. One phone call to the National Human Trafficking Hotline will get the ball rolling. They operate 24 hours a day, 365 days a year and speak up to 170 different languages. They can answer questions, dispatch law enforcement and orchestrate rescues.

For a list of other ways you can step into the fight, go here. It is in no way an exhaustive list, but it is a great place to start.

We cannot ignore this issue any longer. We must attend to it. We must step into the fight. This evil continues to gain ground and will do so until we unite and begin to push it back.

Please take a moment and program this number in your cellphone. Then when you need it, you’ll have it!