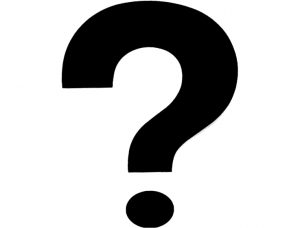 Got room? How crazy is your average day? Are you able to fit everything into your schedule?

Does that about sum up your day? It’s crazy isn’t it? And it seems like there’s never a break. Then you factor in the Christmas holidays and you have parties, shopping, baking, wrapping, etc. How does anyone get it all done without a full=time assistant?

But I have a more important question for you?

Do you have room? Do you?

We all seem to run around through life like a chicken with it’s head cut off and before we know it, we’ve pushed Him out. We don’t have room. We don’t know where He’s going to fit in our day.

There seems to be a common problem with people having room for Jesus. It all started in a little town called Bethlehem. You can read about it in Luke 2:1-7,

In those days Caesar Augustus issued a decree that a census should be taken of the entire Roman world. (This was the first census that took place while Quirinius was governor of Syria.) And everyone went to his own town to register. So Joseph also went up from the town of Nazareth in Galilee to Judea, to Bethlehem the town of David, because he belonged to the house and line of David. He went there to register with Mary, who was pledged to be married to him and was expecting a child. While they were there, the time came for the baby to be born, and she gave birth to her firstborn, a son. She wrapped Him in cloths and placed Him in a manger, because there was no room for them in the inn.”

For those of you who have given birth to a child, can you imagine? You’re in the thrust of labor, the pain is almost unbearable, and you cannot find anyone to make room for you to give birth. Now imagine you’re about 13 or 14. Most commentaries estimate that to be the age of Mary when she gave birth to Jesus.

The hysteria of Joseph, so young himself and unsure of what to do for his beloved Mary. He just wants a safe place for Mary to rest and give birth to her baby… but everyone says “No! We don’t have any room.”

As a last ditch effort, Joseph finds a stable, some say a cave, where the animals were kept. The animals don’t mind the company, so the Babay Jesus is born in their home, instead of the palace He deserved. His first bed was a feeding trough filled with hay. All because no one had room for Him.

We read that story, some only once a year, and think how sad it is that no one made room for them. We reflect, “Well, if they had known who He was, they’d have made room. They would have given up their own bed for Him.”

But we know who He is. What have we given up for Him? What are we willing to sacrifice for time with Him?

“Oh, Susan, that’s not the same as Jesus. I would do it for Jesus.” Actually it is the same thing, because Matthew 25:40 says,

The King will reply, ‘I tell you the truth, whatever you did for one of the least of these brothers of Mine, you did for Me.'”

So I ask you, in your day to day routine called life, do you have room for Him? In this Christmas season, is there room for Him in your celebration?

He’s looking for a place to rest and call home. Will He find one in you?