Who got the votes last night? 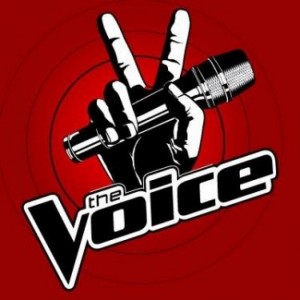 Are you a fan of the Voice? Not only do we watch it, but we have friends who come watch it with us regularly. The commentary alone makes for a very entertaining evening, not to mention the great singing.

This year the top five are all male vocalists. They’re very different yet all are extremely talented. I’m honestly not sure who is going to make it to the finals: Craig Wayne Boyd, Matt McAndrew, Damien, Taylor John Williams, or Chris Jamison.

Last night they had to sing two selections. The first song was chosen by their coach and the second they were able to select themselves. This was an opportunity for the artist to showcase the type of music he would produce or to share a song that held personal meaning for him.

I have my own opinions about song choice and delivery that I will kept to myself, with one exception: Craig Wayne Boyd. With the future on the line and millions of people viewing, he chose to sing the Old Rugged Cross. Just in case you missed it:

I tell you, whoever acknowledges Me before men, the Son of Man will also acknowledge him before the angels of God.”

Craig had his one shot to showcase his voice or reveal something about himself and he chose to use the platform to reveal Jesus. I can’t help but think all of heaven was cheering with the crowd at the end of that performance.

Was it his greatest vocal on the show? Probably not, but it was his greatest moment. Today, people will be talking about his song choice as much or more so than his delivery.

My question for you is, if you’re given an opportunity to stand before millions what will your message be? Will you step aside and allow Jesus to have the stage?

I don’t know who will win the Voice next week, but I can honestly say I believe  Craig Wayne Boyd made his Father proud last night. That’s the only result that matters.