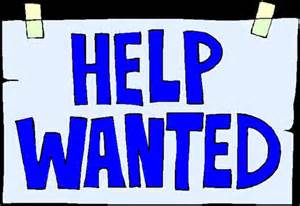 I hear those questions more times than I can count in the fight against human trafficking. In many cases, it is followed by the statement,

I have yet to meet someone who learned about human trafficking only to throw their hands up , walk away and say they didn’t care. Typically, the first time someone learns about it taking place in this country they’re shocked. It’s a lot to wrap your brain around.

Yesterday, I had the privilege of talking with two high school students from Porter High School in Porter, Texas. Katy Esparza and Jordan Cain are in a business organization in their school called DECA. The purpose of the organization is to “prepare emerging leaders and entrepreneurs to be college and career ready.” They have to work on a project throughout the year through DECA.

Katy and Jordan said they wanted to focus their attention on raising awareness of an issue that impacted the area they live so they began researching the issue of human trafficking. Their research led them to launch a social media campaign called the We Are Free Campaign. You can find them on Facebook here and on Twitter here.

Katy and Jordan are seventeen years old. They are seniors in high school. Most people would think they didn’t have much to bring to the fight against human trafficking…. but most people would be wrong.

They, like the little boy who had a sack lunch of two fish and five barley loaves, brought what they had and Jesus was able to take it, bless it and use it [John 6:1-14]. It was that simple.

So what did Katy and Jordan have? What was their special skill or gift? They did what they do every day as teenagers. They got on social media and started talking about what was on their mind.

Never before in history have individuals had a platform to speak to thousands like they do today, thanks to social media. It is through social media that thousands of dollars were raised for ALS with the Ice Bucket Challenge. Katy and Jordan took to Facebook and Twitter and began speaking out against human trafficking, sharing stories, and challenging their peers to get involved.

So, what happened? The girls were thrilled to share:

A victim reached out to us on Twitter. She read something we posted and said she was a victim. We didn’t know what to do, so we contacted a local group called Elijah Rising. They sent us to Polaris, which is a national organization. Polaris was able to rescue the girl.”

How’s that for making a difference in the fight? It’s like the story of the man who comes upon a boy on the beach full of starfish and he’s trying to throw them back in the water before they die. The man tells the boy the problem is too big and he’ll never make a difference. The young boy picks up a starfish and throws it into the water, looks at the man and says,

I made a difference for that one.”

The issue of human trafficking is epic. It would be easy to become overwhelmed by the magnitude of it all and freeze, do nothing. But then the enemy continues to win, and we can’t let that happen.

So, I’ll ask you again, what do you do? Ask God how you can use what you’re already doing to help advance the anti-trafficking movement. It may not solve the issue in the world or in this nation or even in your city, but it may make the difference for one. If you’re a doctor or dentist, offer to see survivors pro bono. If you own a business, choose a front line organization and pledge a percentage of your profits to that organization, publicizing it to your customers so they become aware of the issue and that their purchases help the fight. Get creative.

Challenge your friends to do the same. Help us spread the word.

Will you make a difference? Will you raise your voice for hope?