The Difference Between Rescued and Restored! 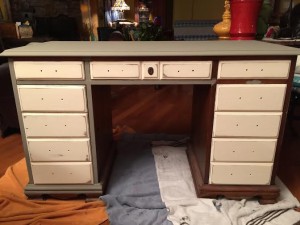 It’s not finished yet.

Have you ever restored a piece of furniture? It almost always takes longer than you expected. You also tend to discover some unexpected costs to the project; however, if you will stick with it, invest the needed time and effort, the end result is beautiful.

A dear friend of mine is very gifted in restoring things. She took an old, discarded desk from a friend and spent several days working on it, sanding down the rough edges, removing the coats of paint and varnish that covered it, taking it down to the bared wood. Then she began to release her creativity and breath new life into it. When she was finished, it was beautiful. It had new life to it and is just waiting for it’s perfect place.

She took something discarded and turned it into something cherished.

If she had taken the discarded desk into her home, but left it the way it was, it wouldn’t have been cherished. It 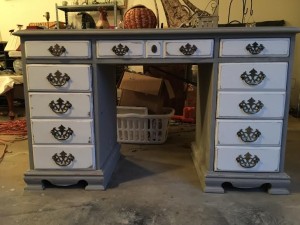 would have remained beat up. It would have looked damaged and probably treated the same way. It was only through the restorative process that new life was discovered.

Yesterday was a hard day for me. One of my girls confessed to attempting suicide the day before. She lives out of state, so I was trying to get help to her while being several states away.

I wasn’t sure how we got here. She had gone through a year long treatment program and graduated six months ago. It’s a fabulous restorative care program where several women have gone before and come out with a new lease on life. What happened?

Last night as I sat at my desk with tears spilling down my face, I thought of the desk and realized….

my sweet girl had been rescued, but she had not been restored.

She had been taken out of the life and given a safe place to rest and heal mentally, physically, emotionally and spiritually. She had people speaking life into her regularly. She was exposed to love and kindness. She was treasured. She was loved. She worshiped God. She loved God. She even told me through her sobs yesterday,

What was missing? Why wasn’t she happy? Why didn’t she have a new lease on life? Why didn’t the program work for her?

She had all she needed to be restored. She had a support system. She had a new place to live. She had a fabulous new job making great money. There was only one thing lacking…. one thing that would take her from rescued to restored… and it wasn’t Jesus, because she had Him. He was ready to finish the process.

She didn’t have a fully surrendered heart.

God is a gentleman. Unlike the other men she had known in her life, He was not about to force Himself on her, even though all she needed would be found in Him.

It seems very counter intuitive to think when we’re trapped and unable to move forward in our healing the missing element is surrender. We feel like we have to do something. We have to fight. We have to work at it more. What the Lord says to us in Matthew 11:28 is,

Come to Me, all you who are weary and burdened, and I will give you rest.”

Notice God didn’t say, “Sit tight. I’m coming to take your load.” He promises us rest. He promises to take away the heavy load. He will do that, but He requires us to participate.

We can be rescued without any action on our part. We can have someone pick us up or even break down doors if necessary to retrieve us from captivity. The ironic thing is we can be trapped while safe and secure physically. We can be trapped without chains and there’s nothing anyone else can do to rescue us from it.

We can love others, but we can’t surrender for them. We can want it. We can pray for it, but only they can surrender.

Surrender is the difference between rescued and restored.

We must yield to the Lord, allow Him to have His way, use whatever process He deems necessary to remove the ugliness our heart is covered in and smooth the rough places. We must yield to the fire for refinement, trusting He won’t leave us in too long to get burned, but He won’t pull us out before we’re ready [Malachi 3:2-3].

Are you feeling beaten up? Covered in muck? Are there rough places in your life that you’re getting caught on and unable to move forward? If so, it’s time place yourself in the Refiner’s hands. Surrender to His loving touch. It will be the difference between being rescued and restored.