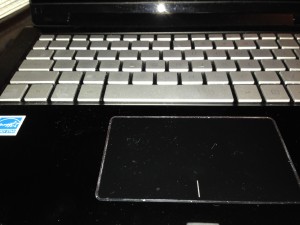 What do you think a trafficking victim looks like? Is bruised and beaten? Is she restrained some way? Chained to a bed maybe? Possibly, but more than likely she looks like the average girl you’d pass in a shopping mall.

With the use of technology, the vast majority of girls and women trafficked don’t stand on street corners, also referred to as the track, dressed as ladies of the evening. The Crimes Against Children Research Center stated,

Much social activity is migrating to the Internet, so it should not be surprising that this is true for crime in general and commercial sexual exploitation and trafficking in particular.”

You can read more of their findings and trafficking and the internet here.

This week I sat with a group of survivors for Bible study and prayer in someone’s home. I looked around the room at each woman sitting there, smiling, laughing, in some cases tears streaking their faces. If I had given you a snapshot of the group, you would have assumed it was a book club, Bible study group, or even a group of friend sharing coffee. The group could have been gathered in a Starbucks for that matter. Everyone looked so ordinary. Before they were lured into the sex trade, they were ordinary girls and women living their lives.

There are three ways people are taken into the sex trade:

Force is exactly what you think of when you hear the word. Someone is physically taken against their will. This is displayed in the movie Taken. Many people assume this is how all trafficking victims are taken and walk around with a false sense of security because they’re unaware of the more likely approaches.

Fraud is the old fashioned bait and switch. A girl is promised one thing only to learn she’s getting another. I’ve worked with survivors who were promised modeling jobs only to learn they weren’t modeling at all. Others who have been asked to a party but when they arrived at the party they discovered it  was a prearranged gang rape and the host was a pimp.

Coercion is where you see the Romeo pimp show up. He poses as a boyfriend. After he secures his victim’s love and devotion he has a desperate need and he asks the victim to turn a trick just this once but it isn’t once. It’s over and over and over.

This happens all across this nation. It happens to ordinary, unsuspecting girls who may make a poor choice or just trust the wrong person. Many are held against their will but they aren’t necessarily chained or locked up.

Traffickers are experts at mental manipulation and torture.

They threaten the lives of family members or the victims themselves if they try to run. They promise to go after the victim’s siblings or mothers if they don’t comply with what’s expected of them.

Once we become aware of the issue, we’ve been called up to join the fight in some way. As one friend of mine likes to say,

I can’t unknow what I know.”

With knowledge comes responsibility. We not only need to share what we know about this issue, but we need to make sure what we share is accurate. By spreading inaccurate information, we are only doing a disservice to the fight and those who fall victim of this atrocity.

Learn what you can. Share what you learn. Raise your voice for hope, because in doing so, you’re the hands and feet of Jesus [Matthew 25:40].