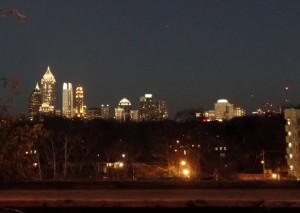 Are you familiar with Lobby Day in Georgia? Lobby Day is a day set aside by the front line organizations in the fight against domestic minor sex trafficking where people come together as one united voice.

The first Lobby Day I attended was in February of 2011.  The group gathered on the capitol steps to listen to various speakers about the steps necessary to combat the fight against sex trafficking in our state before tugging on the ears of those in the legislature.

Since then the event has grown exponentially and the results of this event have been significant. There are laws on the books today because of the efforts of those who spoke out on Lobby Day.

Street Grace, youthSpark and Wellspring Living have continued to work tirelessly to rally more Georgians to step up and speak out on behalf of our children.

We have to unite as cities, states, and a nation to speak out against this issue.

We have to be the voice for those who have been silenced until they are able to speak for themselves. Proverbs 31:8 clearly states,

Speak up for those who cannot speak for themselves, for the rights of all who are destitute.”

Lobby Day 2015 is tomorrow. So what do you do? How can you help? What if you’ve just heard about this?

What if you don’t live in the state of Georgia? What can you do?

It’s not helpless. You can do something. Just being aware is not enough. As one friend of mine likes to say,

Awareness with out action is apathy.”

You don’t have to do it all. No one can. But I do believe we all have to do something. Take a step. Get involved. Raise your voice for hope!