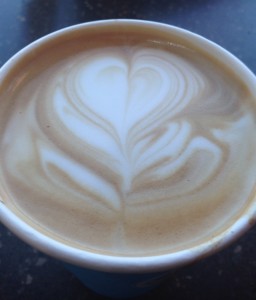 On my recent trip to Spokane, Washington, I was excited about experiencing the coffee there. After all, Washington is home to Starbucks and said to have some of the best

coffee in the country. The first thing I noticed about the area coffee shops is their  size and location. The vast majority of the coffee shops were more like huts than  shops. In fact, they’re not much bigger than an outhouse. And you can literally find one on just about any corner. Let’s face it, they don’t take up a lot of real estate, so it is easy to plop one down almost anywhere. 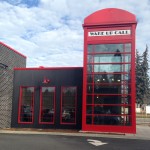 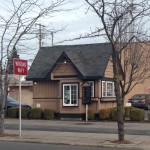 They have a variety of coffee huts as well. There was Jacobs Java, Wake Up Call, Dutch Brothers, and many other coffee huts. Then there were a few places you can go inside and sit down for coffee like the Service Station, where we had our event. 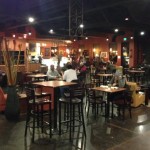 What blew me away was when I came across the coffee hut called Devil’s Brew. What picture comes to your mind when you hear the name of the place? Remember, we’re talking about coffee. This isn’t a bar…. but it might as well be. 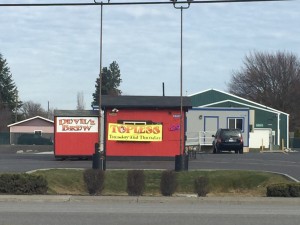 I was shocked to see sex selling coffee. At the Devil’s Brew, your barista is wearing nothing but lingerie, that is of course unless you show up on a Tuesday. According to the banner outside, they have Topless Tuesdays. Now I’m not sure how they get by with having these type of coffee shops. The coffee huts have drive through windows on both sides so you can see right through them. They’ve been picketed by citizens of Spokane, which isn’t my recommended way of dealing with the issue. I can only assume the placement of their “Topless Tuesday” banner was an attempt to silence their critics by shielding the opening from the roadway so children aren’t exposed to what’s inside.

What would you do if you came across such a place?

My time in Spokane was cut vastly shorter because of my flight delays. I basically had to cram two days worth of visits and meetings into one day and that day ran from 4:30 a.m. until 10:30 p.m. I wish I had more time there, because I would have driven up and ordered coffee. In fact, that was my plan before all of the delays. But I will be back and I will visit Devil’s Brew. I will attempt to have a conversation with the barista and learn her name, learn her story, and why she feels compelled to work in a place that exploits her. I will offer to be her friend, offer to pray for her and tell her she can call on me any time.

Why? Why on earth would I patronize a place that objectifies women?

How else will they be reached? Jesus came for the sick and dying in the world, of which I was once part of before He saved me [Mark 2:17]. He spent time among the sinners, the lost [Matthew 9:10].

It is not the healthy who need a doctor, but the sick.”

If I am His disciple and desire to be like Him, shouldn’t I also spend time among those who need Him most? Shouldn’t I be there reaching out to them so I can introduce them to Jesus?

*Let it be noted that in no way to I suggest or support men ministering to women in this type of environment. That would be like jumping into the lion’s cage and expecting not to get bitten. Be wise.