Do you hear it? 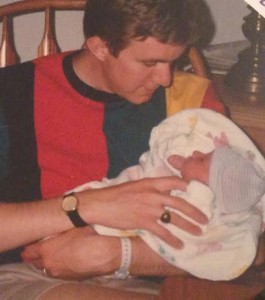 Do you have children? Did you like to sing to them? I used to rock my children every night after reading them a story. I would sing songs to them. Some songs were cute little children’s songs I used in my classroom when I taught school. Other times I’d sing hymns or worship songs.

Somewhere along the way, I made up a song I sang to them regularly at bedtime. I called it Close Your Eyes. I don’t know if it was a sweet melody or more of a desperate cry of a tired mother, but it became our go to song whenever I put them to bed. If they had a nightmare, that was the song they wanted me to sing over them as I put them back to bed. It brought peace to them.

A couple of years ago I took a survivor of sex trafficking to a restorative care facility in Missouri. Due to delays our flight arrived in the wee hours of the morning, so we drove to a hotel to catch a few hours of sleep before checking her in the next day. She was very squirrely and settling down for the night seemed like an impossibility. We had been traveling all day, we were exhausted, and I had been up for over twenty hours. She said she was tired I needed sleep, but getting her to turn out the light took forever.

I’ve never been in a hotel room that I wasn’t being raped.”

Talk about being jolted wide awake. Never in a million years would that have entered my mind. It is because I’ve never been pillaged and abused as she has. My heart broke for her and all I wanted to do was wrap her in my arms and rock her to sleep as I sang over her. That wasn’t possible, so I did what I knew I could do. I began to rub her back and sing our family goodnight song over her. I had to sing it several times, but it wasn’t long before her breathing became heavy and I knew she was asleep. The next day I had to shake her for several minutes before she woke up. She looked at me and said,

I haven’t slept that well in…. well, never. If I’d had a mama like you I might not have ended up here.”

Unfortunately, we don’t get to choose our moms and dads. We get who we get; however, we do have the opportunity to choose to have a relationship with our Heavenly Father. His loves us and He never leaves us or harms us [Deuteronomy 31:6,8, Joshua 1:9, John 3:16].  He’s better than any mama with a rocking chair.

The LORD your God is with you, He is mighty to save. He will take great delight in you, He will quiet you with His love, He will rejoice over you with singing.”

As I asked the Lord about what to share this morning, He impressed upon me that someone needed a reminder that He loves them and sings over them. If that’s you, I hope you will cling to the above scripture and know that you are never alone, no matter how you feel. You are loved!