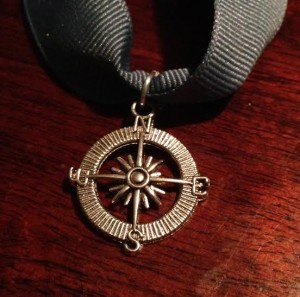 I have the privilege of introducing you to Anne Kerr, founder and president of TrueNorth Freedom Project.

I met Anne in 2010 when we were both just getting our feet wet in the anti trafficking movement. She was a volunteer with Not For Sale. From there she went on to be director of Out of Darkness for a season and since then, she’s been called to tackle the demand side of the issue. You’re going to love getting to know Anne.

When did you first hear about the issue of sex trafficking?

In 2009, my daughter wrote a paper on it and explained it to me.

How long have you been in the fight?

I’ve been in the fight for 5 years.

How and were did you first step into the fight?

I volunteered with Not For Sale Georgia. I did this for a while and was then hired as Executive Director for Out of Darkness where I worked for two years before starting TrueNorth Freedom Project.

Do you work directly with survivors?

No, TrueNorth is going upstream to deal with root causes that perpetuate sex trafficking, starting with pornography.

What is the hardest part of what you do?

Hearing stories of people who have found freedom from pornography and are willing to speak out to help others.

What do you feel is the weak link in the fight against sex trafficking?

What role do you feel pornography plays in sex trafficking?

What studies stand out to you the most about the issue?

What steps do you feel need to be taken on the state level?

Get the truth about pornpgraphy into the sex education classes all over this state for both boys and girls. Get counselors in the schools to help the ones who are addicted. Don’t allow cell phones in school. Create a John School or similar approach to educate men better.

Like Great Britain, make pornography something that you have to pay for on your internet, a subscription. Keep it off the airwaves and internet for the general population.

What is one of the greatest things you’ve seen in this fight since you’ve been a part of it?

Awareness about trafficking has paved the way to a discussion about root causes, such as pornography. We have a long way to go, but it is worth it.

Have you learned of any commonalities among purchasers?

There are very few commonalities among purchasers besides pornography use. They come from every demographic, every age, socioeconomic level, education level, etc. Some of the most egregious cases I have heard of involve family members among poorer communities. Purchasers are in need of rescue too; and in fact, if we could rescue more of them, and help today’s kids grow up to be adults who would never purchase, we could end sex trafficking even sooner.

If you could only share one thing with readers about this fight, what would it be?

We live in a highly sexualized culture. Keeping our heads in the sand doesn’t help. Engage with your kids, learn what they know, there are so many dangers out there, but most parents are oblivious, so children hook up over the internet and then go missing. Others show their bodies over text and it gets spread around the country. Teach your children sexuality is precious. God’s design is best. Learn His ways and promote and model purity. TrueNorth Freedom Project is helping to equip individuals and ministries with the tools they need to navigate this sex-saturated culture.

If you could address an auditorium full of teenagers, what would you say to them about this issue?

As you can see, Anne is very passionate and knowledgeable about this issue. I could have gone on and on with her interview due to the wealth of information she carries.

If you have had your heart pricked by what she shared today and are interested in learning more, please check out there website here. Follow them on Facebook here. If you would like to support their work financially, you can donate here.