How to Make the Impossible Possible 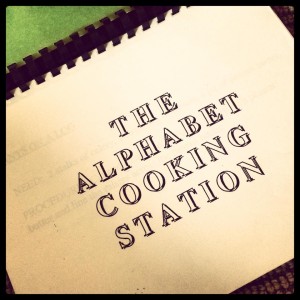 I could have walked in the door and told my class we were going to climb on the roof and learn to fly and I think they would have cheered and followed me. They trusted me. They believed in me; therefore, they followed me. As a result, our year together was filled with fun and adventure.

As adults, we tend to lose the sense of wonder and adventure. We don’t look at situations and see opportunities; we see problems. Instead of thinking how much fun something is going to be to figure out, we worry about how much time and money it will cost us. We’ve lost our sense of wonder an awe.

At that time the disciples came to Jesus and asked, “Who is the greatest in the kingdom of heaven?” He called a little child and had him stand among them. And He said: “I tell you the truth, unless you change and become like little children, you will never enter the kingdom of heaven. Therefore, whoever humbles himself like this child is the greatest in the kingdom of heaven. “And whoever welcomes a little child like this in My name welcomes Me. But if anyone causes one of these little ones who believe in Me to sin, it would be better for him to have a large millstone hung around his neck and to be drowned in the depths of the sea.”

We have lost our childlike faith and it has prevented us from going on some of the greatest adventures of our lives. Where a child sees a green light, we, as adults, see red or yellow at the very least.

Children believe in things no matter what happens. Adults, however, spend their time tearing down anything that’s too good to believe.”

Take the issue of human trafficking, which has been called modern day slavery. It has been said there are more slaves in the world today than any other time in history. This problem is massive and growing bigger every day. Some say the issue could be eradicated in our lifetime. Others say that’s a joke, the problem is too big and we’ll always have this issue to deal with no matter how hard we work. Really?

I believe those who are in the fight believe victory is possible and those who have refused to step in believe we are all wasting our time, no matter what we do it will still exist. Otherwise, if you believed victory was possible then why wouldn’t you be in the fight? Who would know they could end this horrific evil and not try?

Granted, the circumstances paint a very bleak picture. After all, what can one person do? Or even 10 people? Or a hundred, right? Well, when you factor God into the equation, the answer is a lot.

Luke 1:37 needs to be tattooed on our foreheads so we read it every day.

For nothing is impossible with God.”

What part of nothing do we fail to understand? There is no but that can follow that statement, no argument that can hold water.

If God is involved in the situation, it shifts from impossible to possible, just because He’s present.

What are you facing in your life that seems impossible? What has you overwhelmed? Invite God into your situation. It’s a game changer.