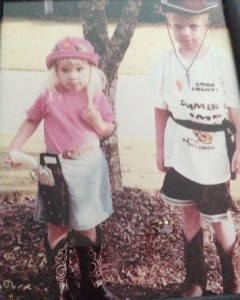 Do your children like to play dress up where they pretend they are someone else? My children did it all the time. You never knew what they were going to walk in wearing.

One of my favorites is when they looked like a western version of Bonnie and Clyde. I have that picture framed because I loved it so. 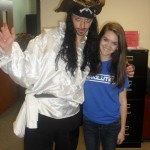 My son still dresses up from time to time for various events. His most famous costume in high school was Captain Jack Sparrow. He had the outfit, he knew the lines, the mannerisms, the swagger, and even had the accent down fairly well.

During the Georgia Tech vs. Miami game this past fall, he dressed up as Gandalf.
When Tech 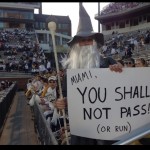 won the game, security opened the gate for Gandalf to lead the students out on the field. He loved every moment of it. 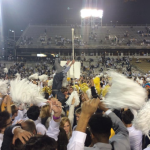 Dressing up and pretending you are something for school or for a costume part is one thing; however, posing as something in real life is another thing altogether. It’s being an imposter. If you look up the word imposter in Webster’s Dictionary, it means,

a person who deceives others by pretending to be someone else; one that assumes false identity or title for the purpose of deception.”

The only time an imposter becomes a problem is if people believe he is who he poses as.

Many of us fall for the oldest poser of all time, Satan. He tries everything he can to make us believe he is God. 1 Corinthians 11:14 says,

Satan himself masquerades as an angel of light.”

Did you catch it? The four little words Peter put in there on purpose…

Peter never said the devil was a lion. He’s posing again. There’s only one who is a lion and that is the Lion of Judah… Jesus [Revelation 5:5].

The next time a crisis comes knocking on your door, recognize it for what it is. The imposter is at is again, trying to make you think he is more powerful and can overtake you.

God’s Word is clear. You can take it to the bank.

So the next time the poser comes knocking, don’t bother answering.