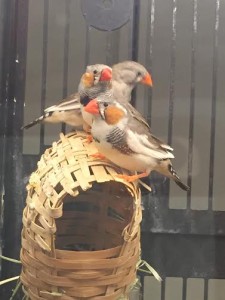 Do you have trees outside of your house? We don’t have any trees in our front yard; however, our neighbor has a large tree right across the street from our bedroom window. This tree happens to be home to birds, lots and lots of birds. I don’t have anything against birds. I like them really. I think they’re pretty and they usually have a lovely sound that is peaceful. Peaceful…

that is, unless is fires up at 5 a.m. on a day when you can sleep late.

For whatever reason, the birds across the street seem to really like 5 a.m. I think they have an internal alarm clock in their tiny little bodies because they tend to start singing every morning at the same time and get progressively louder until everyone within a ten mile radios is wide awake.

I’ll confess, I’ve thought a lot about the episode of the Andy Griffith Show when Opie accidentally kills the bird with his slingshot. Before any animal lovers come banging on my door, I will not do it. I will not kill those birds, no matter how much I want to at 5 a.m. If you’re not familiar with the episode, you can watch it below: 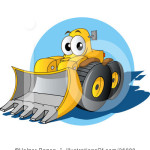 Some people are a lot like those birds. They may have a powerful message to share, but they lose their audience by rushing in and presenting it in a manner that is distasteful. It may be their timing is off. Or they may be loud and overpowering, almost like a bulldozer.

If your message is life giving but it’s wrapped up in offensive packaging, it won’t be received well.

I’ve seen this happen with well meaning people attempting to reach out to those trapped or those perceived to be trapped in sexual exploitation. One lady approached me and said she needed some guidance. She had a heart for those who were being exploited but she wasn’t sure how to go about reaching them. She said her first attempt was an epic fail. This is how the situation played out:

I was at a club line dancing when I saw this old guy come in with two much younger girls. They were wearing really short skirts and low cut tops and they were hanging all over him. Something inside of me just knew this wasn’t right.

When I saw them go into the bathroom I followed them. I figured this was my chance to talk to them without him around. When I walked in, they were reapplying their lipstick so I asked them. ‘Are you girls sex trafficking victims?'”

Needless to say, that went over like a lead balloon. After she was cussed out, the girls brushed past her, rejoined their date, and the three of them left immediately.

This sweet lady’s heart was in the right place. She truly wanted to help, yet she lost the opportunity because of the way she handled the situation.

Some believers present the Gospel this way. We’ve all seen examples of this. Someone standing on a street corner declaring everyone is going to hell if they don’t fall to their knees and repent. The truth is, the corner evangelist is correct, but people are missing the truth of the message because they’re offended by the delivery.

What did Jesus do?

When He encountered Zacchaeus, He didn’t tell him he was an awful person. Instead, Jesus said He wanted to go to Zach’s house and share a meal. In treating Zach as a friend, He won Him over [Luke 19:1-10].

When Jesus rested at a well, tired and thirsty, He encountered a Samaritan woman, He didn’t call her a whore or move away from her as if she had some sort of disease. Instead, He reached out to her, struck up a conversation and asked her about herself. In doing so, His love overpowered her and caused her not only to come clean about her lifestyle, but she also testified to her village about Jesus causing many to come to Christ [John 4:4-30].

What message has God placed on your heart to share with others? How is your delivery? If you’re not sure or you feel you need some help, raise your hand and ask the Teacher to help you. You’re His favorite and He’d love nothing more.