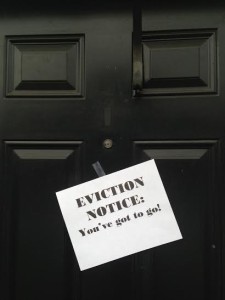 What concerns you in the world today? What keeps you awake at night? What troubles your heart and soul?

For me, it’s obvious. I spend my time focused on the issue of sex trafficking in America. I know there are other issues out there, many of which are connected to trafficking. I know we all have our causes that tug at our hearts.

The thought of women and children being raped repeatedly each night for one person’s twisted pleasure and another’s financial gain spurs me on in this fight.

There are some who get caught up in the numbers. Some debate whether the statistics quoted are accurate. I’m always careful to site my sources because I want to be as accurate as possible. Others still have issues with the numbers. I posted an article about such yesterday. You can read it here.  For me, if there is one person being trafficked, that is one too many. We need to fight until it is eradicated from our world.

So how do we do that? How to we tackle a problem as huge as trafficking? There are thousands trapped in it nationally and millions globally. How do we fight something that size?

I was reading yesterday and came across a powerful quote from Dr. Edward Miller a missionary is Argentina. It really applies to whatever issue or injustice you’re fighting against. He said this,

If God can get enough people in an area to reject the rulership and the dominion of satan, if enough of His people will reject satan’s dominion in the right way- with humility, with brokenness, and in repentant intercession- then God will slap an eviction notice on the doorway of the ruling demonic power of that area. And when He does, then there is a light and glory that begins to come.”

That wrecked me. I had to read it two or three times to really let it sink in. In the fight against sex trafficking, we’re so focused on tracking down and locking up the traffickers we fail to remember Ephesians 6:12,

Don’t get me wrong. I do believe traffickers and purchasers should pay for their crimes, but they, too, are victims of satan. They have fallen for the lies he’s fed them hook, line, and sinker. They are hurting others because they themselves have been hurt. I’ve said it before,

As Dr. Miller stated, the battle against sex trafficking needs to begin first and foremost on our knees. We need to cry out to God for strength to endure the fight, for wisdom to show us what to do, for Him to send a legion of angels to fight for the victims and intervene.

We need to pray without ceasing until this atrocity is nothing more than a page in our history books.

We’re in a war whether we realize it or not. We need to suit up in the full armor of God and go into battle on our knees [Ephesians 6:10-18].

When we hit our knees, we pick a fight with the enemy.”