How do you use it? 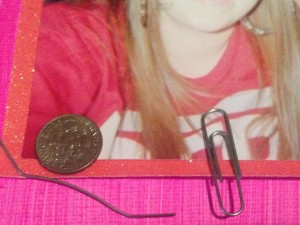 Have you ever straightened out a paperclip to use as a tool? Used a dime to twist a screw because you didn’t have a screwdriver handy? Have you used a clothespin to hold a bag of chips closed?

There are many times people use things as they weren’t intended and no harm is done. Let’s face it, using a clothespin as a chip clip doesn’t damage the clothes pin. In fact, once your bag of chips is finished, you can use the clothespin to put your laundry out on the line if you wanted to (assuming you actually had a clothes line). The paperclip will probably not fare as well once you straighten it out. It never goes back quite like its original state.

That’s the problem when we take things and use them differently than they were designed. They can become damaged, and in some cases beyond repair.

In Daniel 5 we read about King Belshazzar and how he took the gold and silver goblets his father, King Nebuchadnezzar, took from the temple of Jerusalem, and used them to party with his friends.

They weren’t designed for that purpose.

Those goblets were created according to the directive given to Moses by God when the temple was constructed. They were designed to God’s specifications and they were created for God. They were specifically to be used for worship, not for a drunken party. Daniel 5:2-4 says,

God didn’t take this lightly. He was not amused by someone making a mockery of something designed and created to be set apart for Him.

The same is happening today with God’s greatest masterpiece, His children. His heart breaks when women and children, who were created in His image, are taken captive and used, abused and then cast aside [Genesis 1:26].

Not only were we created in the image of God, by God, for God, we were set apart to be a place for Him to dwell and to be vessels of worship of Him. 1 Corinthians 6:19 says,

Do you not know that your body is a temple of the Holy Spirit, who is in you, whom you have received from God? You are not your own;”

Just as the men and women of God were desperate to be rescued from captivity in Daniel’s day, women, men, and children today are in need of rescue. They need for people to bravely stand up and speak out on their behalf [Proverbs 31:8]. They need people to work together to find them, rescue them, and restore them. For whatever reason, God chose for us to be His plan A and there is no plan B.

It’s time to step up! Speak out! Raise your voice for hope!

To lean how you too can get involved in the fight, go here.