Warning: Constants may only evaluate to scalar values in /home/customer/www/susannorris.org/public_html/wp-content/plugins/backup/com/config/config.php on line 228
 ATTENTION! - Susan Norris
Previous Next 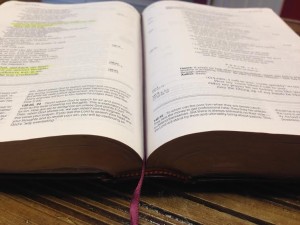 What do you give your time and attention to? What do you focus on? Another way of asking that question is what are your priorities?

My mother used to always say,

You make time for things that matter to you.”

Think about it for a minute… If your boss told you something has to get done today, you’re going to do whatever you need to in order to accomplish the task. It suddenly became your top priority of the day. Nothing else matters until you get that task completed, because your job may depend on it. It’s become not just a priority, but a top priority.

My husband and I were talking yesterday about time management and the way to increase productivity. He said,

I read somewhere that you should choose your top three goals for the week and identify them first thing Monday morning. Every day everything else waits until you accomplish something to further those goals. “

As I travel and speak, I have the privilege of meeting a lot of people. Inevitably the conversation finds it way to the Lord. More times than not, the person I’m speaking with will share how they wish they had a better relationship with the Lord or they wish they had more time with Him.

Do you ever feel that way? He’s ready, able and He’s willing. He’s simply waiting on you.

You’re already His priority. The question is, is He yours?

In Acts 6, we read about the early church. As with any church, there were squabbles that needed settling. People were constantly pulling and tugging on the disciples time, demanding their attention. Can you imagine every time they’d start to get momentum in what they were doing, someone would need them to settle a disagreement or give them direction?

They realized they were spinning there wheels and getting nowhere. They needed to realign their priorities. Acts 6:1-4 says,

In those days when the number of disciples was increasing, the Grecian Jews among them complained against the Hebraic Jews because their widows were being overlooked in the daily distribution of food. So the Twelve gathered all the disciples together and said, ‘It would not be right for us to neglect the ministry of the word of God in order to wait on tables. Brothers, choose seven men from among you who are known to be full of the Spirit and wisdom. We will turn this responsibility over to them and will give our attention to prayer and the ministry of the word.'”

The Twelve did not say feeding widows wasn’t important. They also did not say it needed to be neglected. What they did say is for them neglecting the Word and prayer for them to take care of other things was wrong. In four verses, they stated their top two priorities:

Are they yours? Would you like for them to be? You can start today with just a little tweaking of your daily routine. Using my husband, Mark’s, approach to time management, do not do anything else on your “to do” list until you’ve spend some time in the Word and prayer.

Please let me know how it works if you try it. I’d love to hear about the impact it has on your life.