Warning: Constants may only evaluate to scalar values in /home/customer/www/susannorris.org/public_html/wp-content/plugins/backup/com/config/config.php on line 228
 Bridge of Spies - Susan Norris
Previous Next 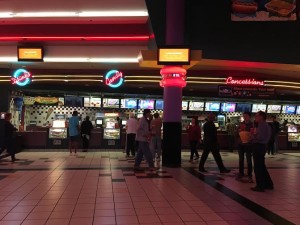 Do you enjoy going to the movies? I love movies because I love the concept of story. I love getting to know new characters, traveling to different places, seeing different cultures, and trying to solve the problem of the story before it is revealed. I like many different kinds of movies:

This weekend I saw Bridge of Spies. It takes place during the Cold War. A KGB spy, Rudolf Abel, is arrested and put on trial as such. Abel’s court appointed attorney, James Donovon, played by Tom Hanks, is tasked with providing fair representation. Through the case, they come to develop a friendship or at the very least, mutual respect for one another.

Not only does Donovon serve as Abel’s attorney throughout his trial, he is also selected by the United States government to serve as the negotiator  for the exchange of Abel for a United States pilot, Frances Gary Powers, who was shot down over Russian air space while flying a U-2 spy plane.

Now, don’t fret, if you have plans to go see the movie. There is no spoiler alert here. I am not about to give away anything that would prevent you from seeing the movie. I just made two simple observations during the movie that had spiritual implications to me and I wanted to share them with you.

First, James Donovon was an attorney, yes, but he was an insurance attorney. He didn’t practice criminal law. He didn’t practice international law. His specialty wasn’t in hostage negotiations. His specialty was dealing with insurance claims and lawsuits that pertained to them. Yet, he was chosen to be a part of not only a court case that determined the fate of an international criminal during hostile times, but also as a negotiator between two nations at odds with one another.

Too many times we put qualifiers or boundaries on ourselves that God never intended for us to have.

We limit ourselves out of fear or lack of understanding. God has plans for each of our lives [Jeremiah 29:11]. While we may think we know ourselves and know what we are capable of doing, He knows us better. We can trust He knows what He’s doing, even when He launches us down an unfamiliar path [Jeremiah 1:5]. 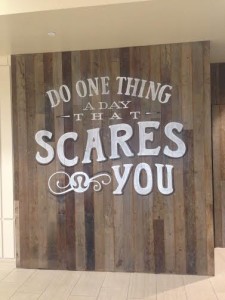 What has God called you to do that seems hard or even unrealistic?

Why do you think you’re not qualified for the task?

Have you asked Him why He thinks you are?

I can honestly tell you when He called me to write Rescuing Hope, I thought He was nuts.

Who was I to write a book? I couldn’t do it. I didn’t even begin to know where to start the process… but He did.

If He has called you to something that scares you, something you’re not sure of, ask Him how to go about it. He’ll lead you [Psalm 5:8]. He wants you to succeed even more than you want to succeed. He’s your biggest fan.

My second observation in the movie was with Rudolf Abel. He was a quirky little man, calm and steady. I don’t know if this was a reflection of the actual man or just the way Mark Rylance interpreted him, but I found myself liking him as a person.

Every time there was an opportunity for Abel to be scared or worried, he appeared calm and unaffected by his circumstances.

This appeared to not only baffle movie watchers, but Donovan too. Abel had a common response whenever Donovan would ask him why he wasn’t scared or worried. Abel would give Donovan a deadpan look and say,

I couldn’t help but laugh out loud the first time he said this. I thought it was brilliant. The reality of his words hit their mark with me.

Jesus told us as much in Matthew 6:27 when He said,

Who of you by worrying can add a single hour to his life?”

Worry doesn’t add anything of value to our situation. In fact, it does the complete opposite by magnifying the situation and keeping our focus locked on our circumstances instead of on the Lord.

What circumstance are you facing today you wish you could avoid?

Is there a decision you’re waiting on?

Do you need someone to decide something in your favor?

Would worrying about it help?

Would it really change anything?

The Lord watches over our comings and goings [Psalm 121:8]. He knows all things and He promises that our season of darkness is not our residence, but a place we’re passing through [Psalm 23:4]. Whatever you’re facing, you’ll be better served to focus on the Lord instead of your circumstances. By doing so, you just might walk on water [Matthew 14:29].

It all boiled down to trust…. trusting the Lord knows you better than you know yourself and He will see you through any circumstance He allows to come your way.

Do you trust Him?