FEAR IS A FOUR LETTER WORD 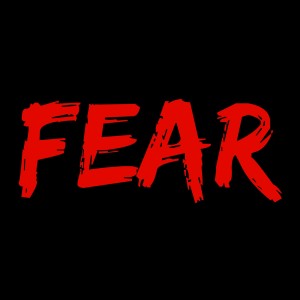 Fear – it’s a four letter word, but for some reason, it’s one people tend to embrace more often than not.

Many times in life we find the things we fear never come to pass.

This weekend, we were blessed to have Jason Upton lead worship at Riverstone Church. It was a 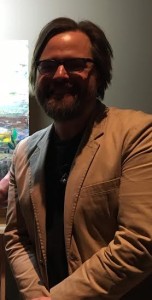 blessing not only to hear him sing, but to hear some of the stories behind the songs he wrote.  When he was talking about faith and fear he said something very profound,

It takes more faith to believe fear. Fear disappoints me more than hope, I just give it more chances.”

Let that sink in for a moment. It seems like our natural default is in life is to embrace fear. It doesn’t make sense. You would think we would run from fear, yet we tend to hold it close.

How often do you find yourself in a situation when circumstances would naturally dictate fear, but you choose to embrace faith instead? I don’t know about you, but I want my default to be faith. I want to look situations in the face and say,

The Apostle Paul was known for that kind of faith. He didn’t back down from a situation. He met it head on and he did so with faith.

In Acts 16:16-40 we read about Paul and Silas traveling on a missionary journey. They came upon a woman who was possessed by an evil spirit and they cast it out of her. That seems like a good thing, unless, of course, you’re benefiting from the woman having this evil spirit. The men who were had Paul and Silas thrown into jail.

Paul and Silas didn’t just get locked up, but they were put in shackles in the inner cell of the prison.

At the very least, it was miserably uncomfortable. Who knew what would happen to them next? How did they respond? Here they were in a situation where they could choose fear or faith. What did they choose? What would you choose if placed in the same situation?

Paul chose to sing worship songs. You know, because that’s exactly what people do when they’re thrown into the underbelly of a prison. They break out it song. Paul and Silas did, and I can’t help but think they chose to sing loudly.

It wasn’t that Paul was Superman or had a special set of skills to bust them out of prison, but he did have a super power, the power of God.

Ironically, if you are a believer in Christ Jesus, so do you. Paul and Silas’ focus wasn’t on their chains or the jail cell they were placed in at the time. Their focus was on Jesus. In doing so, they gave faith the opportunity to wow them.

I’ve heard stories of missionaries who get thrown into jail for their faith and get excited about it. They see it as an opportunity to minister to an unreached people group, prisoners. If I’m honest, I don’t know that I would respond that way, but I want that to be my default. I want faith to triumph every time in my life.

Every day we are given opportunities to choose faith or fear? The decision ultimately rests with us. So, which one will you choose today?

Have you recently had a situation come into your life where you chose faith over fear? If so, share it in the comments. Testimony is a powerful thing and it strengthens others. Take a minute to be that iron that strengthens iron today.