Warning: Constants may only evaluate to scalar values in /home/customer/www/susannorris.org/public_html/wp-content/plugins/backup/com/config/config.php on line 228
 What shapes you? What makes you who you are? - Susan Norris
Previous Next

What shapes you? What makes you who you are? 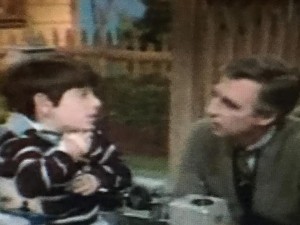 Did you ever watch Mr. Rogers as a child? This morning as I signed onto Facebook to send out birthday greetings to friends, a clip from a Mr. Rogers episode caught my eye. The thought of that show takes me back to the living room of the house I grew up in on Saxon Court. I couldn’t help but watch it. If you’re a fan of Mr. Rogers, you can watch it here.

The clip caused me to reflect on television shows and movies that impacted me as a child. I have always loved movies, whether on television or in the theaters. There was one movie I tried to watch all the way through for years before I was successful, the Ten Commandments with Charlton Heston.

It was a powerful movie back in the day. Charlton Heston’s voice almost made me tremble when he spoke as God. Once I successfully viewed the whole movie, I watched it almost every time it was on television. I loved when Pixar released an animated version of the Exodus story, The Prince of Egypt. 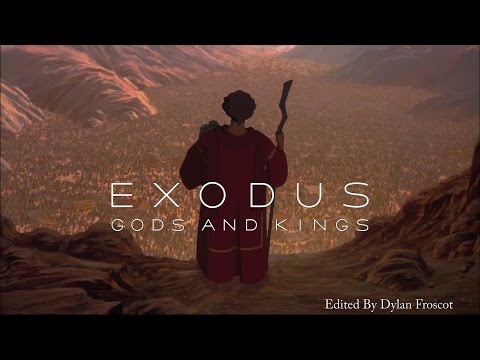 I was always fascinated by the story found in the book of Exodus. A Hebrew boy adopted by royalty and raised as a prince only to flee as a young adult. He later returned to Egypt, a stronger, wiser man, led by God on His mission, to free the people of Israel from captivity. There are so many lessons in that one book of the Bible. You could literally study it for years and not exhaust it.

I was recently reading Mark Batterson’s new book, if, and he made a very wise observation about the whole Exodus experience. He said,

God got Israel out of Egypt in one day, but it took forty years to get Egypt out of Israel.”

Chew on that for a moment. The people were no longer held captive by chains, but they were still held captive in their mindset. They still saw themselves as they had been viewed by the Egyptians for hundreds of years…. slaves … subservient….less than. It took them forty years to overcome their mindset of condemnation.

I couldn’t help but think of my girls. These precious young women who were bought at sold as commodities, objectified, used. As victims of sexual exploitation, they, too, were told they were worthless, that no one wanted them, that they were only good for one thing. The day they’re rescued from the life is like their exodus; however, just like the Israelites, it can take years for them to see themselves as anything else. It’s hard work, and in some cases painful.

Is this only true of people held in physical bondage? What about you? Is there something from your past that you have yet to escape? Maybe a mistake you made? Something that was done to you? Something that was said to you, in jest or to intentionally hurt you?

When I was little, my brothers used to tell me I had a big mouth. They didn’t mean any long term determent to me, they were just being brothers. Yet, that could have taken root and caused me to cower down and remain quiet. Obviously, that didn’t happen. It’s because I would always say,

I guess God has big things He wants me to say.”

But what would have happened if I had embraced the lie and claimed it as my identity? Would I have become a teacher? Would I have worked in youth ministry or started speaking out on behalf of those caught in sexual exploitation?

We don’t have to be physically hurt to be deeply wounded. If we are told something over and over, we can eventually begin to believe it, no matter how uncomfortable the thought is. My grandmother used to say,

A dog will get used to fleas if he has them long enough.”

Are there some lies you’ve believed about yourself for years that are holding you back from being all you can be, from entering your Promise Land? What are you supposed to do about it?

We demolish arguments and every pretension that sets itself up against the knowledge of God, and we take captive every thought to make it obedient to Christ.”

Take a moment to pray and ask the Lord,

Am I believing any lies about myself? If so, would you reveal them to me?”

His desire is for you to be all He created you to be. You can’t fulfill that if you’re being held back by lies you’ve believed as truth. One of my sweet girls has believed a lie about herself for years. She believed she can’t go to school because she has a learning disability. It has taken her years and a lot of hard work to overcome that lie. She has taken baby steps to disprove the lie and over time she’s come to recognize herself for the smart, capable young lady she is. She has registered for college and starts in January at 24 years old. I am so proud of her.

What lies are you believing? Isn’t it time to start destroying them with the truth of God? Why not start today. Find one verse in scripture that speaks to the lie you’ve been believing. Write it down and commit it to memory. I’d love it if you would share your verse in the comments. If you’re having trouble finding a verse, email me at susan@susannorris.org and I’ll help you find one. You were created for greatness! It’s time to start walking it out.