Whose boat are you in? 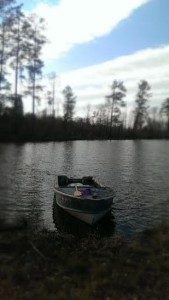 What is your pastor teaching on during this Christmas season? Our church finished up a study of the book of Acts yesterday.

Pastor Tom shared from Acts 27 and 28 yesterday. He talked of how Paul was on a ship caught in a horrible storm and it appeared all was lost, including the lives of everyone on board.

Paul stepped up to the plate and told everyone on board they wouldn’t die.

In a time when he was the odd man out, he was willing to step up and speak truth, even though the circumstances didn’t point to the truth he was speaking. Tom’s question to us all was,

Are you willing to represent the love of Jesus so all are spared? “

We all face storms of life from time to time. Paul spoke up in the midst of a storm and the people did what he said; therefore, no life was lost. What he said was foreign to these men and they may or may not have been received well. Paul didn’t debate it or concern himself with the outcome. He simply did what he was called to do. He stepped up and spoke truth. 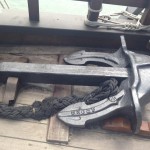 One of my favorite verses of scripture is found in Acts 27. It is an anchor verse, meaning something you can hang on to that will steady you when you feel like you may be drifting off course. It’s Acts 27:25,

So keep up your courage, men, for I have faith in God that it will happen just as He told me.”

We can trust God’s word to be truth to us, even if it goes against culture or popular vote. The real test is will we cling to it and even speak it out when it isn’t popular. Paul did and it saved lives. You have the opportunity to do the same. Will you?

I found myself reflecting on this question all day yesterday and this morning when I woke up, it was still with me.

God brought a situation to mind involving an administrator of a middle school. I was the sponsor of the Fellowship of Christian Athletes at this particular middle school for four years. During that time, one of the assistant principals asked to speak with me in his office.

I had asked him to participate in a community event FCA was sponsoring by taking a turn in the dunk tank. I wasn’t asking him to stand up and share his testimony, just allow students to dunk him in the dunk tank. His response to me was surprising. He said something like,

I appreciate the invitation to participate, but I am going to have to decline. To do so would indicate I was a part of the organization and as an administrator, I cannot do so. While I have a faith, I believe it to be a very personal and private matter.”

I didn’t want to start an argument or create a wedge between me and this administrator or the ministry, but I vividly remember being heartbroken over his response. If every believer felt that way, how would we ever expect to advance the Kingdom? How could we possibly fulfill the Great Commission found in Matthew 28:18-20?

Living out our faith privately was never meant to be an option.”

Jesus called us to be His witnesses to the world in Acts 1:8. Paul was an example of this in the way he lived his life on earth, speaking the truth and sharing his belief, love, and devotion to Jesus, even when it wasn’t popular.

This Christmas season, many are giving in to the culture and in an attempt to be politically correct.  They wish one another Happy Holidays and call the break from school a winter break rather than saying Merry Christmas.

I’m not suggesting you launch a boycott of such or make a point of saying Merry Christmas to make a point. What I am suggesting is be who you are. Own your faith and share it with others in love.

We live in a dark and dismal world today. People are struggling financially. Men, women, and children are being bought and sold as a commodity as victims of sex trafficking instead of being cherished as God’s most precious creation. Life is treated callously as people walk into movie theaters, schools and places of employment and unload their weapons all in the name of their god. It can appear hopeless at every turn, if no one offers hope.

As believers in the One true God, we are carriers of HOPE.

Will you step up? Will you make a stand and speak truth? Will you represent the love of Jesus this Christmas so all of those around you can be spared?

Will you speak truth to those in your boat?