Warning: Constants may only evaluate to scalar values in /home/customer/www/susannorris.org/public_html/wp-content/plugins/backup/com/config/config.php on line 228
 Are you bringing Jesus this Christmas? - Susan Norris
Previous Next

Are you bringing Jesus this Christmas? 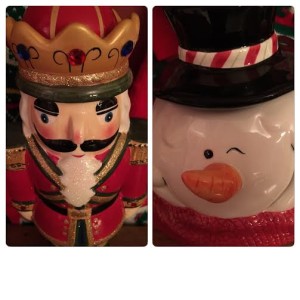 Do you collect anything at Christmas time?

For a while I collected Christmas tea pots. That fad passed quickly and I switched to snowmen. The top of my entertainment center looks like we had a major snow storm, I have so many snowmen up there. 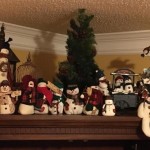 The most recent thing I’ve been collecting is nativity scenes. There are so many unique ones out there. I love the idea of buying them from different countries, but clearly I have some traveling that needs to take place because the only international nativities I have are a small nativity a former student brought me from Israel and a nativity I bought when I traveled to Ghana in 2003.

This morning as I was gathering my photos of things I have collected through the years, I was 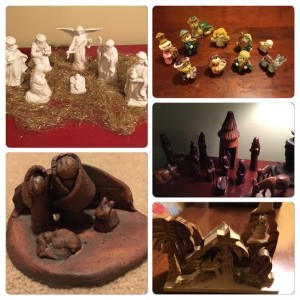 reminded of a Christmas long ago. I was about ten years old and was playing with the little girl across the street.

We were in her den and I noticed her nativity scene. Something was off about it. Jesus was missing.

Even at ten years old, I knew that Jesus was critical to the whole nativity scene.

Being the helpful person that I am, I immediately went on a search for Jesus. I figured somehow He had fallen out of the manger or gotten misplaced. You can imagine how proud I was when I actually found Him. I ran through the house, looking for my friend’s mother, with my friend trailing behind me. I began calling out,

I found Him. I found Jesus! He was lost, but I found Him!”

It’s really kind of comical if you think about it…. someone declaring Jesus is lost….

I digress.  Back to my story. You can imagine my shock when my friend’s mother snatched the baby Jesus out of my hands and told me I had ruined a family tradition. OUCH! For years, she had kept Jesus out of the nativity scene until Christmas Eve and after her children went to bed, she put Him in the manager.

We tell them Santa Claus brings Jesus each year.”

As a ten year old, I thought that story and that lady were messed up. I remembered thinking,

Lady, you’re crazy. Santa Claus doesn’t bring Jesus. Nobody brings Jesus. He’s just there, and He always has been.”

In reality, we were both right. Jesus has always been there. In fact, Revelation 1:8 says,

I am the Alpha and the Omega,” says the Lord God, “who is, and who was, and who is to come, the Almighty.”

My question for you this morning is this:

Are you carrying Jesus to places where He’s missing this Christmas?

Are you sharing His love and compassion with those you encounter, both friend and stranger? Do your words point others to Him? Do your actions help people see He isn’t missing from this holiday season, even though culture would be happy to celebrate without Him? Do you remind them He hasn’t left them or forsaken them [Deuteronomy 31:6, 8, Joshua 1:9]?

Let’s help one another out. Share one way you try to share Jesus through the holiday season in the comments. We can sharpen one another and maybe learn a new approach to the Christmas season [Proverbs 27:17].

Just like ten year old me, when we find Jesus, it should cause us such joy we can’t help but share Him!